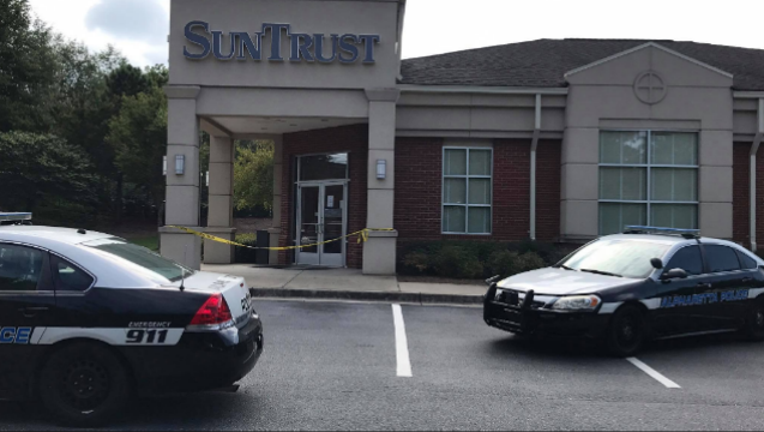 ALPHARETTA,Ga. - A bank robbery suspect was captured within 10 minutes of trying to make his getaway in Alpharetta, according to the Alpharetta Department of Public Safety.

Authorities say a male stole cash from a SunTrust Bank and also robbed a customer of their money.

Within minutes, officers on patrol nearby sprang into action, arresting the suspect as he attempted to flee to an apartment complex.

The identity of the suspect has not yet been released.