All adults in Georgia now eligible for COVID-19 vaccine

Federal, state, and local officials are taking steps to get the coronavirus vaccine out to as many Georgians as possible.

ATLANTA - All Georgians 16 and older will be eligible for COVID-19 vaccination beginning Thursday.

Gov. Brian Kemp made the announcement Tuesday, saying supplies of the vaccine continue to rise and that he’s confident that enough older adults have been vaccinated to open up inoculation to the broadest possible population.

Figures from the Georgia Department of Public Health show the state has administered 3.2 million doses overall, with nearly 2.1 million people getting at least one dose.

The number of doses being administered has shown a clear upward trend in recent weeks, with a peak of more than 85,000 doses given on March 15, the first day that Kemp expanded eligibility to current levels.

MORE: Vaccine hesitancy is the latest battle in the fight against COVID-19

Atlanta’s Mercedes-Benz Stadium got a boost in capacity starting Wednesday after the Federal Emergency Management Agency adds doses to a site that had been run by Fulton County, making it the largest vaccine site in the Southeast.

The line of people waiting for their vaccines stretched all the way from the stadium down to the Georgia World Congress Center on Wednesday.

"I was very shocked to see the line that's outside," Georgia resident Chris Faulkner said. "It actually moved fast. It took me about 10 minutes from all way down to the World Congress Center to right outside."

The federal government says they chose the stadium because of its central location, proximity to public transportation, and free parking.

Officials hope to vaccinate 200,000 Georgians at Mercedes-Benz over the next eight weeks.

Measure still show demand outstripping supply in metro Atlanta, while appointments are abundant in other areas. Kemp said the state directed 70% of this week’s 450,000 doses to metro Atlanta and areas north of the city "to put more supply where the demand is highest."

SEE MORE: No appointments necessary at COVID-19 vaccination site in Columbus this week

"In much of rural Georgia, south of Macon, the demand is much lower," Kemp said.

Kemp said he would get vaccinated Friday in Waycross to try to highlight the availability of vaccines and the desirability to rural residents of getting protected. 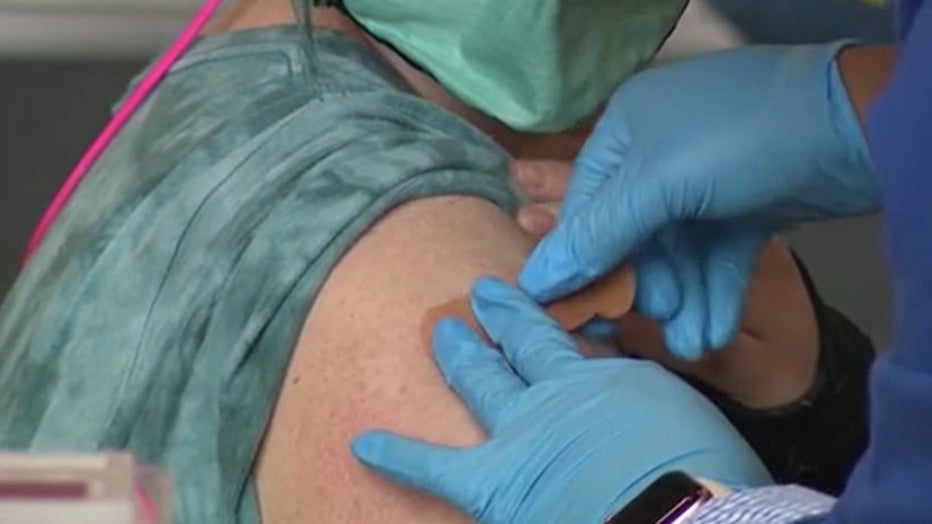 Georgia continues to lag most other states in vaccination, ranking second-worst behind Alabama in the number of doses administered per 100,000 people 18 and older.

Since March 15, people 55 and older, people with serious health conditions and those who are overweight and obese have been eligible. Also eligible are preschool and K-12 education employees, medical workers, emergency workers, residents and employees of long-term care facilities, intellectually disabled adults, and parents of children with certain complicated medical conditions.

Kemp continues to focus on the state’s relative success in vaccinating people over 65, saying vaccinations of that older population has now topped 1 million, or about three-quarters of that population.