Fulton County leaders are concerned after a weekend alarm sounded at the elections office warehouse.

That’s over questions about the safety of thousands of ballots stored in a Fulton County warehouse.

Those questions come after an alarm sounded inside the facility in northwest Atlanta.

Fulton County Sheriff Pat Labat believes it was a false alarm that sounded Saturday. County leaders said the ballots inside this building remain secure but it has raised a red flag for some people who already have questions about the validity of last year’s election.

"The room where the ballots are kept was never breached or compromised," Fulton County Commission Chairman Robb Pitts.

Sheriff Labat said the alarm went off Saturday after a shift change between deputies hired to watch the property.

The elections preparation warehouse is on English Street in northwest Atlanta.

"It is a motion sensor on the second floor which is totally independent of the location where the ballots are and we are trying to ascertain what set that alarm off," the sheriff said. 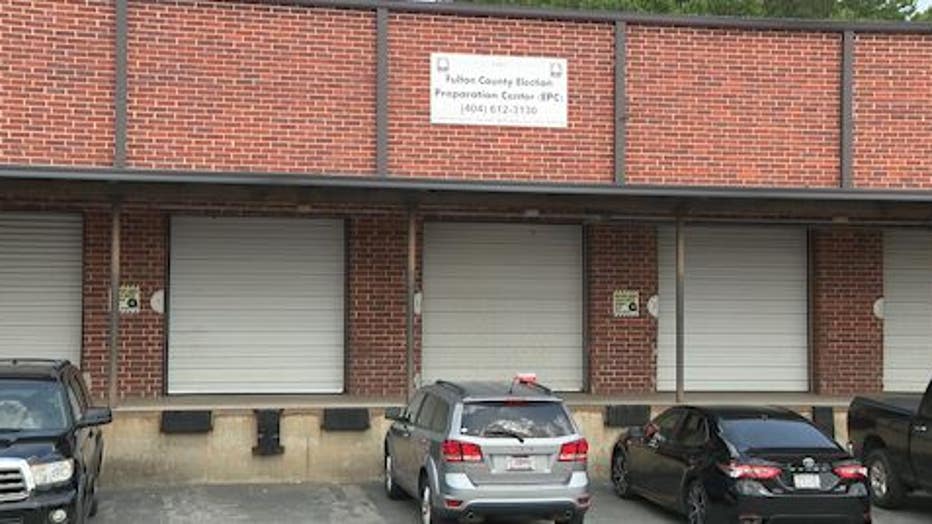 During a news conference Tuesday, he stated that two off-duty Douglas County deputies heard the alarm and went inside to do a security check.

"Whether it was right or wrong and proper or otherwise is yet to be determined but during that security check, they found a door that was unlocked," Labat described.

However, the sheriff said that door was not open.

County leaders said the ballots from the 2020 election are located behind a secondary door that is locked with a secondary alarm.

"The ballots remain safe despite what some would have you believe," the sheriff said.

Some people are concerned about what happened because a judge recently ruled that absentee ballots in Fulton County from the 2020 election may be unsealed again and examined for possible fraud.

"I have no assurance that this isn’t going to happen again," Garland Favorito with Voters Organized for Trusted Election Results in Georgia said."

Fulton County officials are concerned after an alarm went off at the Fulton County Elections warehouse over the weekend.

Favorito was part of the lawsuit that led to the judge's decision.

"I don't think Fulton County can be trusted to handle these ballots until there is an inspection," Favorito explained.

He believes the county has an interest in destroying evidence and is gravely concerned.

The sheriff said they've added additional cameras to the site and deputies will be out here around the clock. His office is still investigating what triggered the alarm.