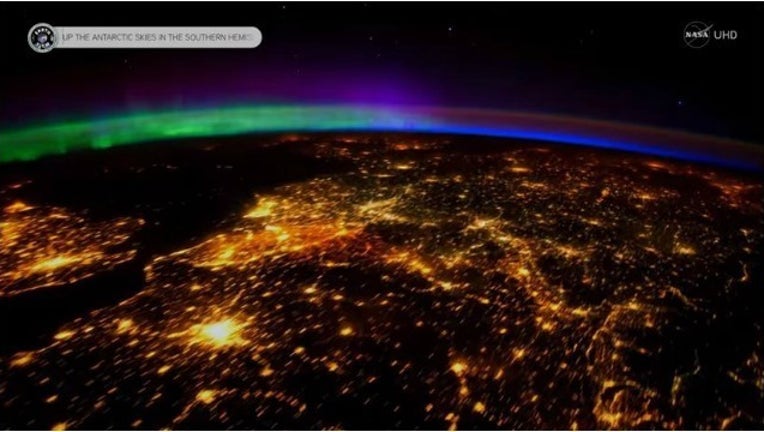 HUNTSVILLE, Ala. (AP) - Africa's gorillas are among the world's most threatened species, but they've gained some space age allies in Alabama scientists. The scientists say helping save the great apes is a gift from "Alabama to the world."

"One of the ways biologists around the world are trying to keep these species intact is (green) corridors between the islands," Irwin said. "It's essential for wildlife to move for food, water and mating."

Irwin runs NASA's SERVIR program originally named for the Spanish verb "to serve." SERVIR uses satellite data to help developing countries around the world, and part of its work in Africa was "mapping forest carbon to understand it," Irwin said.

Scientists interested in gorillas began using those satellite "carbon maps" of forests to look for corridors that could be preserved or built so wildlife can move safely and freely.

"What we're finding is some of these corridors outside the parks actually have more forests and carbon than the actual protective areas," Irwin said. "We're trying to figure out the best way to build these corridors."

SERVIR constantly seeks new uses for satellite data. "We work backwards," Irwin said. "We don't sit here with satellites looking for problems. We listen (to problems) and we try to match solutions to that."

In Bangladesh, SERVIR used satellite radar to map the height of rivers in a country Irwin calls "basically a flood plain with 116 million people living on it."

By precisely measuring river height from space, SERVIR was able to increase flood warning time from three days to eight days. "Once we had the system up and running," Irwin said, water levels that killed thousands in the past killed only 17 people in a 2015 flood.

Then there's Kenya, where tea is the primary cash crop. Satellite data first helped farmers prove where frost had killed their crops. That was to validate their insurance claims. Then, scientists switched SERVIR to "forecast mode and could see where freeze would occur out to 24 hours," Irwin said. That gave farmers time to spray, cover or cut their crops. "The amount they can save is enough to send one child to school for an entire year," Irwin said.

SERVIR's roots date back 25 years ago to a tough year Irwin spent dodging crocodiles and mosquitoes to help the Guatemalan government map a new rain forest reserve. He had just finished when NASA scientist Tom Sever came to town. Sever had pioneered using satellite images to find unrecorded Mayan sites in the forests, and he changed Irwin's life.

"He rolls out these maps, satellite images, and I'm looking at the entire reserve, what I had just spent the last year mapping by foot," Irwin said, "and I'm seeing everything just laid out beautifully for me in the satellite images. It was the most magical thing I'd ever seen."

Irwin quickly saw that satellites could change the way he worked and the way villages used his results. "It could be enlightening to them, too," he realized. "What you could see (in Guatemala) was this agricultural frontier moving up and up from the south, from the Mexican border, from the Belizean border. They were literally this island of forest in Central America."

Irwin decided then to "rededicate my life to using satellite data, observations from space, to help people around the world improve their lives and do something meaningful with it."

Flash forward 25 years. SERVIR now has a staff of 22 scientists and technicians and is partners with the University of Alabama in Huntsville and government agencies including the United States Agency for International Development.

It's a small program with an annual budget between $5 and $6 million, a sliver of NASA's $19 billion total budget. But it leverages partnerships with other government agencies, other nations with satellites such as Japan, and commercial satellite companies.

Irwin said SERVIR is "an example of Alabama to the world." He speaks often to religious organizations in the state, he said, "and every time I go to Guatemala, I run into somebody doing mission work from Alabama, it seems.

"I think this matches the spirit of who we are as a state, and I say 'we' because after 17 or 18 years, (Huntsville) is my adopted hometown," Irwin said. "There's a lot of deeply committed people (in Alabama) that care a lot about our planet and about the people on our planet."