Less than 24 hours after releasing her first single in six years, Adele is already hitting milestones.

The British superstar singer, 33, released "Easy On Me" on Thursday, and the song and video will be featured on her fourth album, "30," out Nov. 19.

Music streamer Spotify hit Twitter on Friday to congratulate Adele for her single becoming its most streamed song in a single day.

Actual streaming numbers have not been released. but the Chart Data Twitter account wrote that "Easy on Me" and BTS’ "Butter" now share the two biggest Spotify single-day streaming counts, with over 20 million each. Both songs are released on Columbia Records, the memo reads.

Some fans pointed out that at the time the Tweet was posted Adele still had some three hours left in the 24-hour period since the record was released.

The previous record was held by BTS’ "Butter," which made its Spotify debut on May 21 and quickly racked up more than 11 million filtered streams, becoming the largest global debut in the platform’s history and surpassing its own record set by 2020’s "Dynamite." 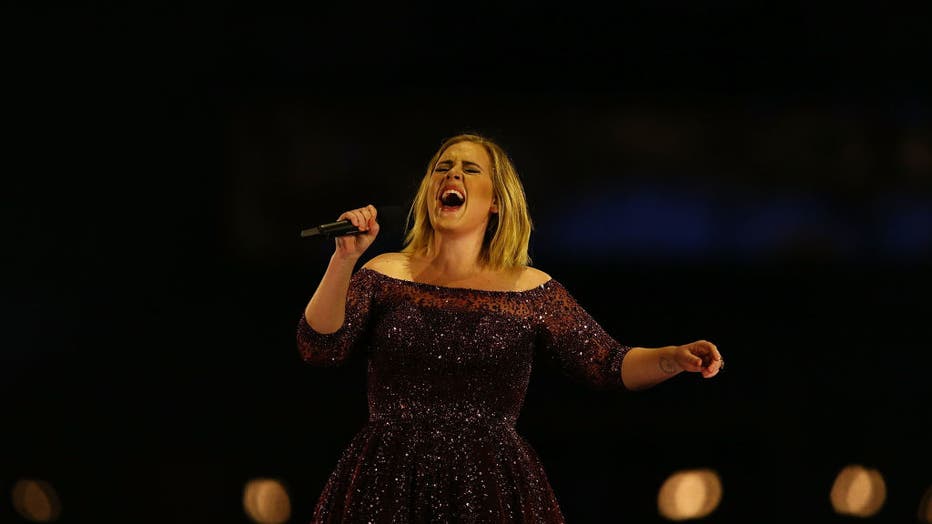 Adele performs at Domain Stadium on February 28, 2017 in Perth, Australia.

As of Friday, its music video had racked up 36 million views and the song also sat atop of the U.S. iTunes chart.

Adele has been adamant about letting fans know that her forthcoming LP will, in fact, be about her split from husband Simon Konecki.

"I was certainly nowhere near where I’d hope to be when I first started it nearly 3 years ago," she wrote Wednesday in a Twitter statement describing the project. "Quite the opposite actually."

"I’ve learned a lot of blistering home truths about myself along the way," she said, adding she’s "finally ready to put this album out."

She described the project as her "ride or die" and said that working on the album helped her "through the most turbulent period of my life."

"I’ve shed many layers but also wrapped myself in new ones. Discovered genuinely useful and wholesome mentalities to lead with, and I feel like I’ve finally found my feeling again."

These days, Adele maintains that she has "never felt more peaceful" in her life and credited the writing and recording process for helping her breakthrough.

"I’ve painstakingly rebuilt my house and my heart since then and this album narrates it," she wrote.

A rep for Spotify did not immediately respond to Fox Business' request for comment.