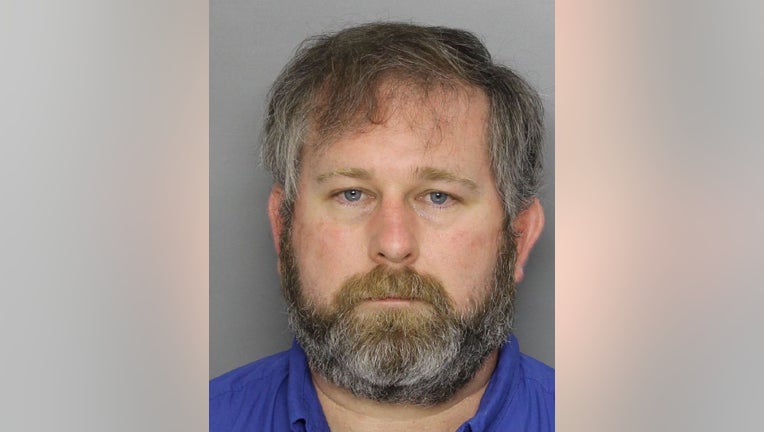 ACWORTH, Ga. - A former band director at a Cobb County Christian high school was arrested for having an inappropriate relationship with an underage student.

Craig Dean Godfrey, 38, of Cartersville, was charged on Tuesday with aggravated child molestation, sexual exploitation of a child and obscene telephone contact.

Acworth police said the incident happened between 2016 and 2019 with a student at North Cobb Christian School, where Godfrey was employed as a band director until Friday when the allegations surfaced. The victim is now an adult, but police said the victim was a sophomore at the time the inappropriate relationship began.

Police said Godfrey had exchanged explicit photos and conversations with the victim on social media in addition to inappropriate physical contact.

The school, which contacted the police when the inappropriate relationship was discovered, said there is credible evidence of a second victim. School officials said they have turned over all evidence to the police.

Todd Clingman, the head of North Cobb Christian School sent a letter to school parents on Tuesday that read in part:

"I am greatly burdened to share that in the last few days, the school has learned of allegations of sexual crimes committed by a teacher against two former students while enrolled in NCCS. The safety and wellbeing of our students are of the utmost importance.

"North Cobb Christian School has zero-tolerance for misconduct and took immediate action by contacting and working closely with the Acworth Police Department.

"While respecting the privacy and interest of the victims, the school is committed to being as transparent as possible with our community.

"Effective January 18, Craig Godfrey, NCCS band teacher since 2015, was placed on administrative leave pending investigation. Today, charges were filed against Mr. Godfrey for allegations of sexual misconduct. Mr. Godfrey is banned from campus, and his access to all school technology and web portals has been revoked.

"First and foremost, we are dedicated to supporting our current and former students. We have engaged our guidance counselors to plan for age-appropriate conversations with our students, as needed, as well as to provide additional support. As a further support to parents, we have also reached out to Children’s Healthcare of Atlanta, who conducts annual training for NCCS faculty and staff. We will share helpful resources in the coming days to support conversations at home.

"We have been heavy-hearted to learn this news and are doing everything that we can to prevent it from happening again. Be assured, the school’s existing policies include conducting full criminal background checks for new hires and contacting multiple references, with additional background checks occurring on a three-year cycle. Additionally, our employee handbook includes detailed guidelines addressing communications and relationships between adults and students at our school. All faculty and staff participate in annual training on handbook policies, as well as CHOA-led training for identifying and reporting child abuse."

The school also said Godfrey has been barred from school’s physical property and cannot access any of the school’s online properties.

Godfrey remained in the Cobb County Adult Detention Center as of Wednesday.

Anyone with further information in this case is asked to call the Acworth Police Department Criminal Investigations Division at 770-974-1232.