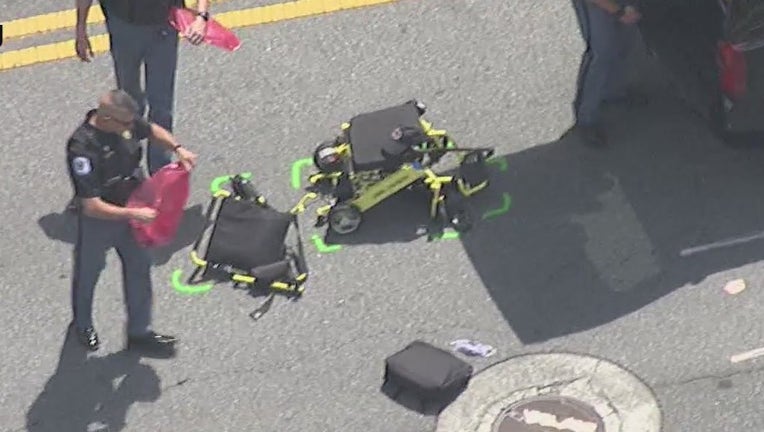 Police ID'd a pedestrian killed while driving an electric wheelchair across the road. (FOX 5 Atlanta)

COBB COUNTY, Ga. - Police said an 81-year-old Smyrna man was killed on May 14 crossing the street in Cobb County.

Police said Jame Kenneth Wise was the victim in a fatal collision on Cooper Lake Road at Berryhill Creek on Friday afternoon.

Investigators said an 84-year-old woman driving a 2008 Honda CR-V was traveling east on Cooper Lake Road on Friday afternoon when she struck the victim, now identified as Wise.

Police said Wise was operating an electric wheelchair and was moving southbound across Cooper Lake Road from the northern sidewalk.

Police said Wise was not in a crosswalk and pronounced dead on the scene by the Cobb County Medical Examiner's Office.

Police said the driver stopped and remained on the scene. She was uninjured, officials said.

Police did not say if there were charges in the case.