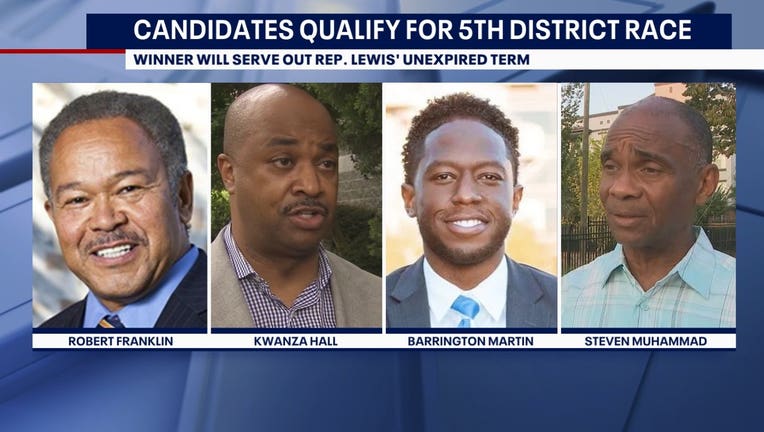 ATLANTA - More than a half dozen candidates qualified Friday to run in the special election to complete the late Congressman John Lewis's final term, which expires in January. 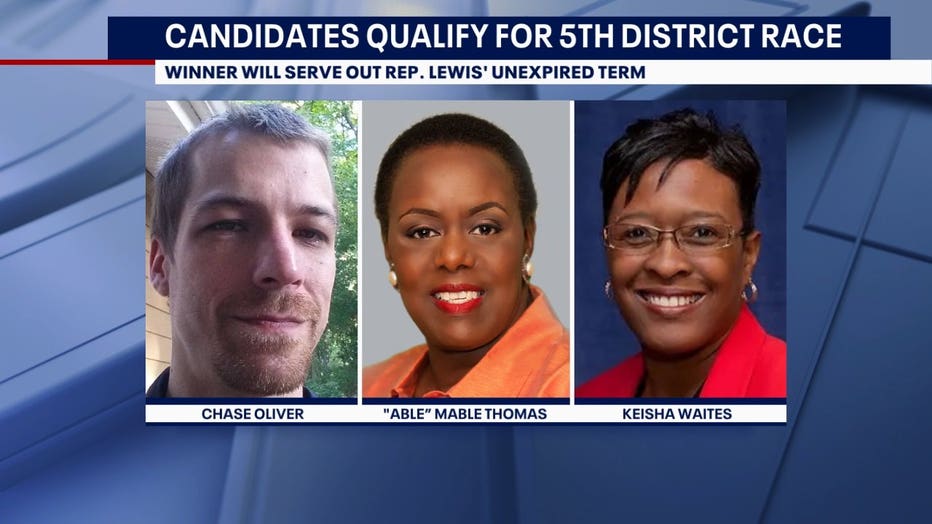 "This special election, it's provided me the opportunity to speak to issues that really you don't hear about in the political realm as much and so that's what I'm here to do," said Oliver.

Qualifying began Wednesday, but out of respect for the late Congressman John Lewis whose services were held in Atlanta Wednesday and Thursday, candidates did not submit their names until Friday.

"Nobody could ever not give him the credit for being a Civil Rights hero and out of that respect, everybody was sort of like, 'well, we gotta wait,'" explained Rep. "Able" Mable Thomas. "So, we do appreciate people having that honor."

Only FOX 5 was at the Secretary of State's Office when former Atlanta Public Schools Superintendent Dr. Meria Carstarphen showed up during the qualifying period, but then promptly left.

Democratic Party of Georgia Chair Nikema Williams, who the party chose last week to replace Lewis on the November ballot, also decided not to enter the race.

The special election is set for September 29 with a likely runoff on December 1.