IRVINE, Calif. - Five University of California, Irvine fraternity members were charged Wednesday in connection to the alcohol poisoning death of a fellow, underage frat brother, who died following a party in January. 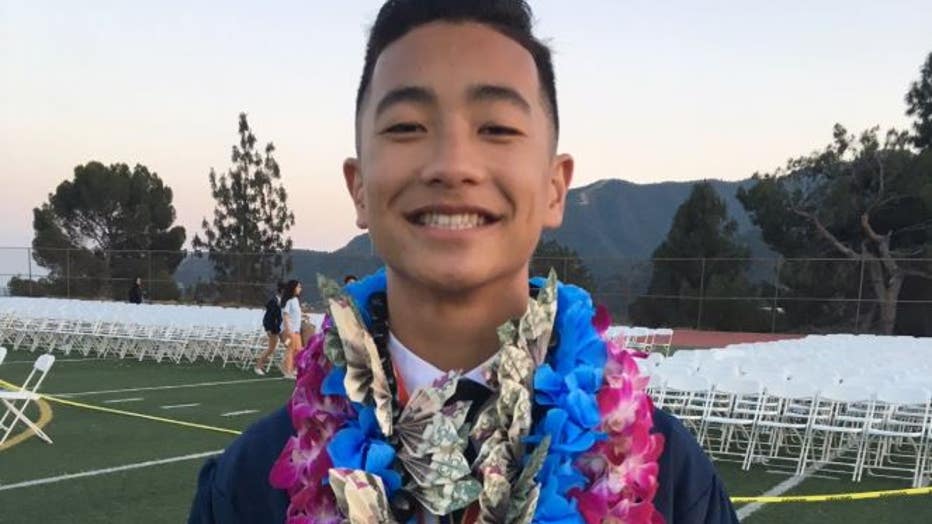 Noah Domingo, an 18-year-old member of the Sigma Alpha Epsilon (SAE) fraternity at UCI, died on January 12 after a night of drinking at the frat house with his fellow frat brothers as part of the fraternity's "Big Brother Night."

Zavier Larenz Brown, 21, Jonathan Anephi Vu, 22, Mohamed Ibragim Kharaev, 21, Caleb Gavin Valleroy, 20, and Jonathan Gabriel Villicana, 21, were charged with one misdemeanor count each for violating Irvine city code by allowing a party or gathering where underage drinking was permitted. Investigators said that all five were on the lease of the off-campus fraternity house that held the party in the city of Irvine, the Orange County District Attorney's Office said.

According to the DA's office, Domingo, of Irvine,  joined the fraternity a few months prior; and Brown, who is being charged in his death, was Domingo's "Big Brother" at the fraternity.

Authorities said there was no evidence that any of the defendants in the case engaged in hazing in connection with Domingo's death.

If convicted on all charges, Brown faces a maximum of 18 months in jail. Kharaev, Vu, Valleroy and Villicana could face a maximum of six months.

“Providing alcohol to those under the legal drinking age is reckless and dangerous, especially in an environment that is notorious for excessive drinking by young people who may not understand the potential risks of their behavior,” Dist. Atty. Todd Spitzer said in a statement Wednesday.

All five defendants are scheduled for an arraignment hearing Nov. 21.