Donations from FOX 5 viewers and community pour in after just two days.

ATHENS, Ga. - Over $30,000 has been raised from people around the world for an Athens artist in Athens who was the victim of a crime last week.

"Thank you all for helping me, thank you all for looking through your heart, and people can say what they want, but the good lord had a lot to do with this, because God knows who I am," said artist Michael Davenport.

Davenport has no hands and paints with his mouth usually on Atlanta Highway in Athens. He's known for his UGA-inspired artwork.

On Wednesday, when he was working by the Academy Sports on the highway, he needed to use the restroom and went into a nearby CVS. That's when tragedy struck.

RELATED: Athens artist with no hands robbed of prized possessions 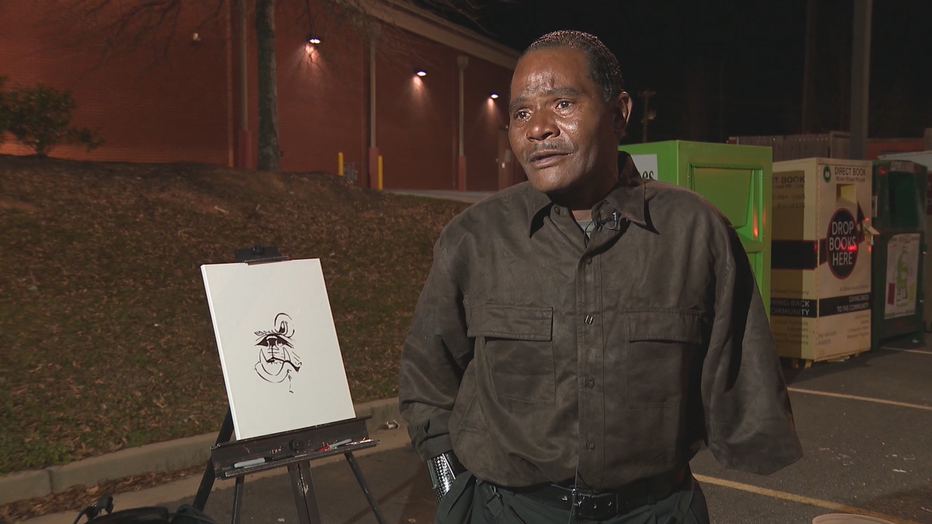 People have raised over $15,000 for Atlanta artist Michael Davenport.

A group of thieves grabbed the special donation bin built by a police officer and his wife that he uses while he paints. The thieves also took his art supplies, and several paintings worth hundreds of dollars before speeding away in a gold van.

"I'm hurt. I'm torn up inside, but I know the good Lord will give me the strength and courage to get back out here," Davenport told FOX 5.

The theft comes just a few months after the artist was brutally assaulted by a man who hit him in the head with a bottle. The attacker also hit him in the leg, which is still healing today. 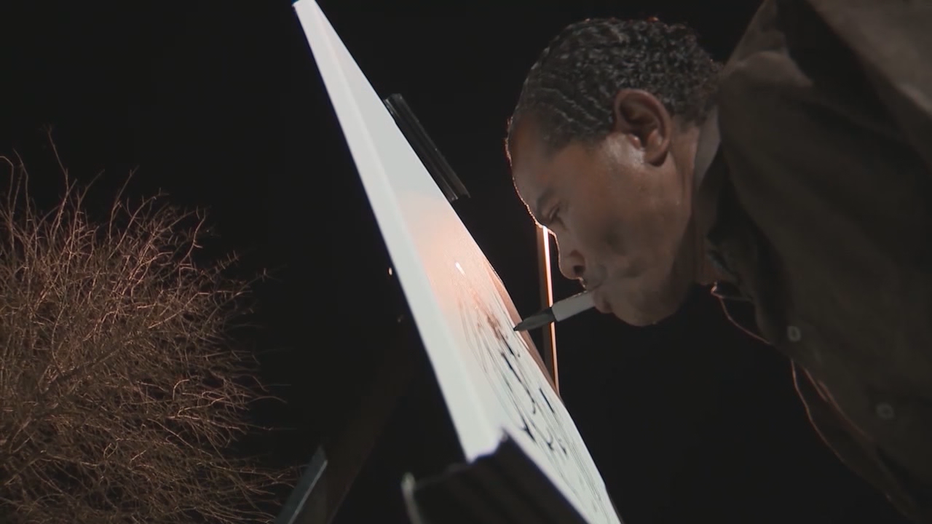 Davenport has no hands and paints with his mouth.

After FOX 5 ran the story, we received an overwhelming response from viewers across the state. The Budget Host Inn, where he stayed set up a GoFundMe page to help Michael with room costs and to get back on his feet after the crimes.

In just two since he created the account. Hundreds of people have donated money to Davenport. In total, the amount of donations is over $30,000.

Gov. Brian Kemp even tweeted his support to Davenport asking the community to join in and support this local artist.

Davenport is still hoping the donation box will be returned.