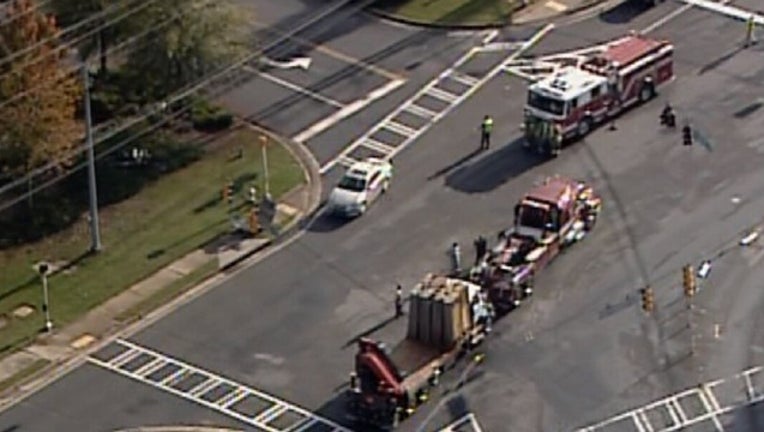 JOHNS CREEK, Ga. - Three children were rushed to an area hospital Friday afternoon after the bus on which they were riding was struck by a truck.

The Johns Creek Police Departments said it happened at the intersection of Jones Bridge and Douglas roads. Police said a special needs bus from Lake Windward Elementary School was struck by a truck.

SKYFOX 5 flew over the scene shortly after 3:30 p.m. as the truck was being towed away. The bus and children had already left the scene.

Police said the bus driver was also injured in the incident. All injuries are believed to be non-life threatening.

No word on any charges stemming from the accident.