It happened on September 22 at 1:30 a.m. in unincorporated Snellville.

Police say a man was attacked at a Waffle House

According to police, a man walked into the Waffle House and placed a to-go order at the counter. He accidentally bumped one of the suspects while waiting in line. Police said that's when the suspect got aggressive and told the victim to meet him outside. The suspect was seen waiting for the victim outside.

Investigators said the victim grabbed his order and was attacked as he walked out of the restaurant. As the two fought each other, a second suspect also started attacking the victim.

The fight was caught on surveillance video as well as on a bystander's phone. 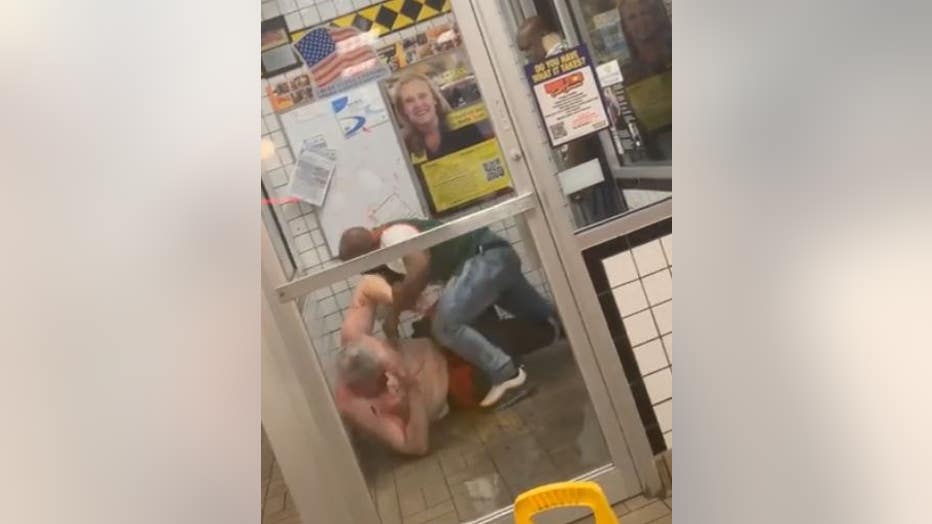 Two suspects took off in a black Dodge Challenger. Both suspects are described as black males. The first suspect is about 5'10" and weighs 220 pounds, according to police. The second suspect is roughly 6'3" and 300 pounds.

The victim was treated by first responders at the scene.