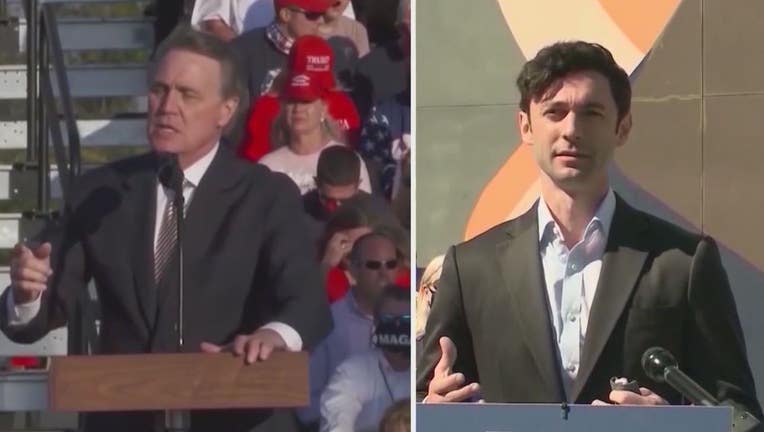 JACKSON, Miss. - Georgia’s two runoff races to determine control of the Senate are going to be bruising battles, said two former U.S. senators — one a Republican, the other a Democrat — who predicted that ultimately the GOP would prevail in the high-stakes contests.

Democrat John Breaux of Louisiana and Republican Trent Lott of Mississippi are ex-senators who are now lobbying partners. They spoke Thursday during an online meeting of the Delta Council, a group that represents agriculture and business interests in Mississippi.

If Democrats were to win both Jan. 5 runoffs in Georgia, each party would hold 50 Senate seats and the Democratic vice president would have tie-breaking power.

Breaux, a senator from 1987 to 2005, said both parties will send big-name politicians to campaign for their candidates in Georgia before the Jan. 5 runoffs. Republican Sen. Kelly Loeffler is challenged by Democrat Raphael Warnock in a special election to fill the final two years of a term. Republican Sen. David Perdue faces Democrat Jon Ossoff for a full six-year term.

“It’s going to be a knockdown, drag-out fight,” Breaux said.

Lott served in the Senate from 1989 to 2002, spending much of that time as Republican leader. Speaking of Georgia, he said: “It looks like Republicans have a good chance to hold the Senate.”

Breaux was a centrist Democrat who often worked with Lott and other Republicans. He and Lott are both attorneys and are now partners in a Washington lobbying firm, Crossroads Strategies.

Breaux spoke Thursday about Joe Biden being the president-elect, while Lott — like many prominent Republicans — hedged at a time when President Donald Trump has not conceded the race. Lott said he expects the Democratic former vice president “will be declared as president at some point here in the next few days” after the Trump campaign completes challenges in a few states and Georgia completes an audit of votes.

A Delta Council officer asked the former senators whether they expect Trump to concede.

“The fact is, there’s no law that requires a concession or a call from the loser to the winner,” Lott said.

Lott said Biden could end up with more than 300 electoral votes, with 270 required to win.

“At that point ... I hope the president would be magnanimous and presidential and come out and say, you know, ‘Thank you, American people. I hope you feel like I’ve done a good job for you. I wish the best to my successor. I’ll see you around again,’” Lott said.

Breaux said: “I think he’ll eventually concede that he hasn’t won the election, and then immediately announce for president in 2024 and watch Republicans pull their hair out.”