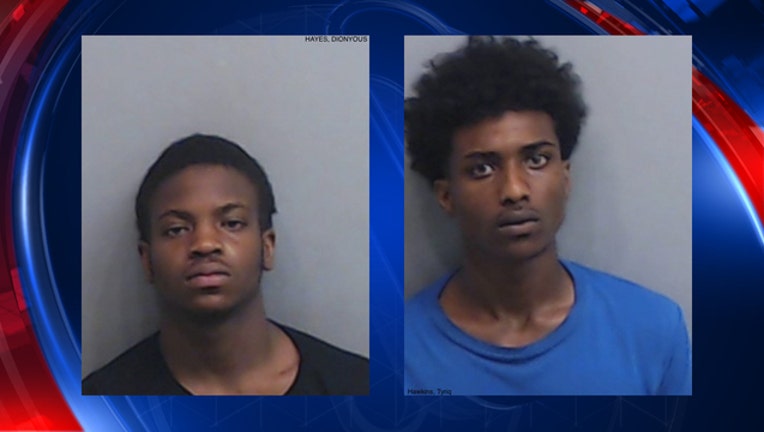 ATLANTA (FOX 5 Atlanta) - Police have charged two suspects in a series of armed robberies that happened over a single night in northeast Atlanta.

Officials say they were called to three pedestrian robberies on Thursday night and early Friday morning.

In each call, the victim said that they were approached by multiple men in a Chevrolet SUV. The suspects then demanded each victims' belongings and then fled in the SUV.

After connecting the three robberies, investigators were able to find a tag number and quickly sent out an alert.

Friday morning, East Point officers saw the SUV in the alert and tried to conduct a traffic stop.

After a chase, officials say they were able to detain 20-year-old Dionyous Hayes and 20-year-old Tyriq Hawkins.

Both men have been taken to Fulton County Jail after being charged with three counts of armed robbery, aggravated assault, and possession of a firearm during the commission of a felony.