GWINNETT COUNTY, Ga. - A months-long investigation has led to the arrest of more than a dozen people associated with a dangerous criminal street gang in Gwinnett County. 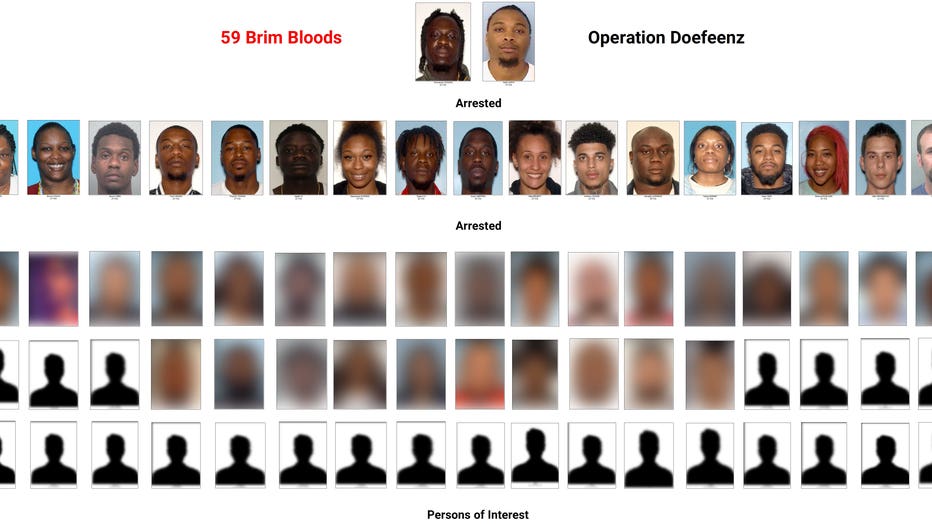 Gwinnett County's Gang Task Force says they began investigating the 59 Brims Bloods street gang in January of 2019. The group, which originally began in the Ocean View Hills of San Diego, has been active for over 10 years in the county and has been connected to prostitution, robbery, assaults, gun sales, drug trafficking, and murder, officials said.

Through the investigation, officials identified multiple members believed to be the leaders of the gangs statewide enterprises, including 34-year-old Martin "Bandana" Smith, identified as the leader of the group in North Carolina and Virginia who was arrested as a result of the investigation.

The investigation also led to the arrest of 11 other individuals officials say were identified as either associates or members of the "59 Brims." Those arrested were:

Along with the arrests, Gwinnett County law enforcement says that they seized 72 grams of fentanyl, 139 grams of heroin, 57 grams of cocaine, 44 grams of MDMA, 2,447 grams of meth, and 18 firearms, of which four were stolen.

The investigation into the gang continues. Officials expect more arrests in the future.