File footage from FOX 5 from Feb. 18, 2010 when a Zebra escaped from the circus and roamed along the interstate in Atlanta.

ATLANTA - It may not have been the greatest show on earth, but it was a police chase like no other.

On Feb. 18, 2010, the downtown connector in Atlanta turned into a circus when an escaped zebra galloped along the busy section of interstate with police in hot pursuit. 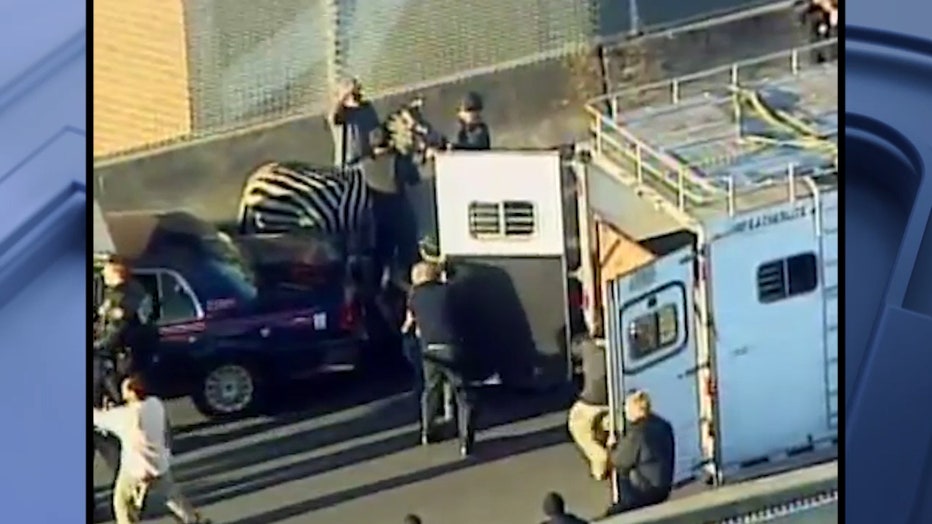 The then 12-year-old animal, named Lima, was exercising outside what was then known as Phillips Arena (now State Farm Arena) in preparation for an evening show when something spooked him, said Ringling Brothers and Barnum & Bailey Circus spokeswoman Crystal Drake. The zebra broke away from his trainers and bumped up against a fence, then wriggled through an opening.

He was spotted by people in downtown Atlanta around 4:30 p.m., said Georgia Department of Transportation spokeswoman Monica Luck. 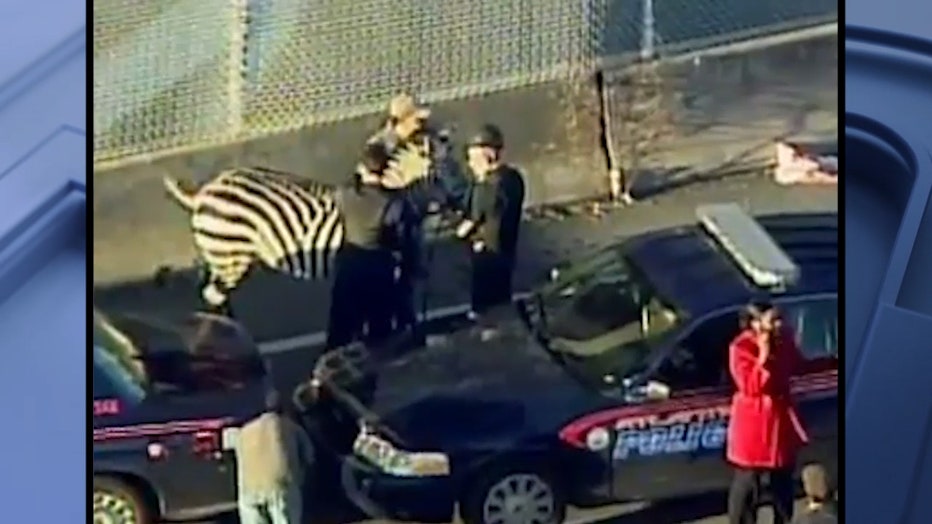 Lima led his trainers and police on a 40-minute chase through downtown to the interstate highway that cuts through the center of the city, covering well over a mile along the way.

FOX 5 was there when police finally cornered the animal, and guided him to the Martin Luther King Boulevard exit ramp and loaded him into a trailer. Police cruisers blocked off all southbound lanes of Interstate 75 and were able to herd the zebra over to the right shoulder and off the entrance ramp, where his trainer was on hand to capture and soothe him, Drake said. 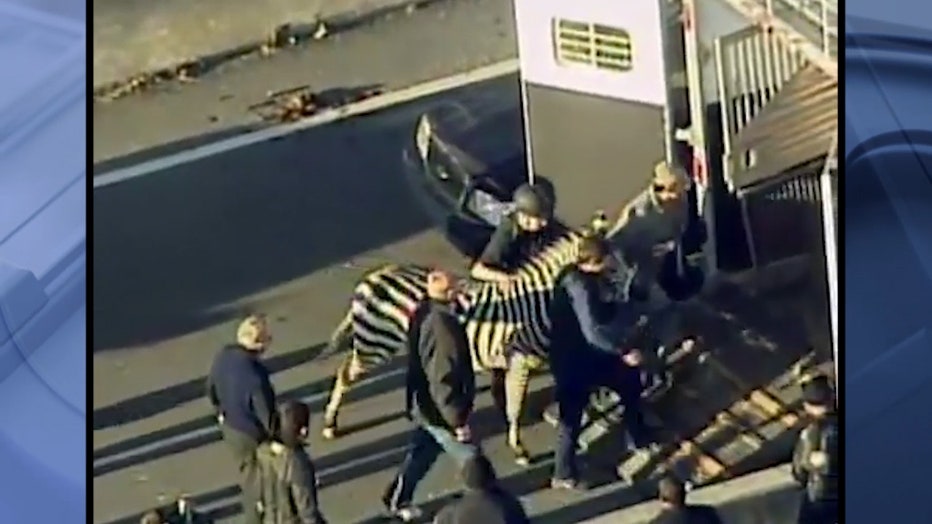 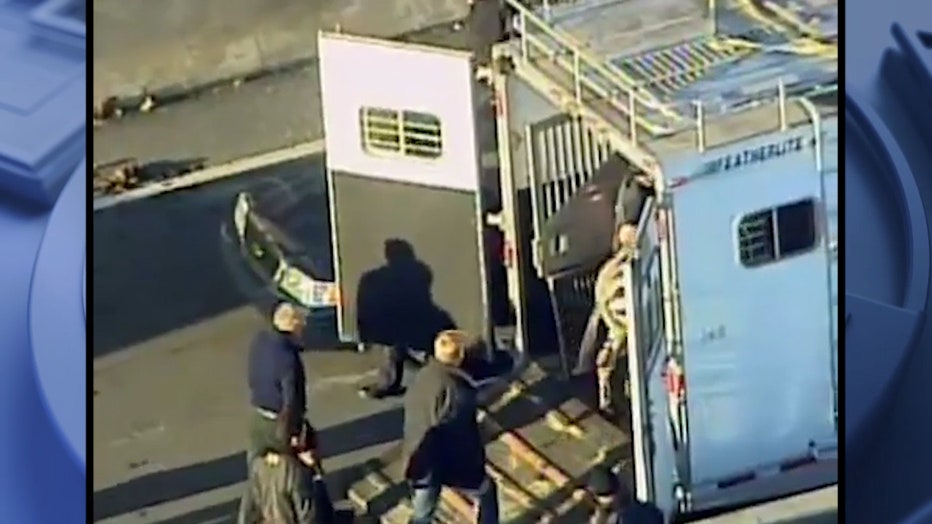