The seemingly unstoppable rise of Bitcoin continued with the cost of a single unit of the digital currency rising above $50,000 for the first time.

RELATED: ‘Checkout with Crypto’: PayPal to allow customers to use cryptocurrency for online purchases

On Wednesday, the China Banking Association warned its members of the risks associated with digital currencies.

According to FOX Business, the statement from China's industry association said all members should "resolutely refrain from conducting or participating in any business activities related to virtual currencies." The notice said such digital currencies were subject to great volatility. 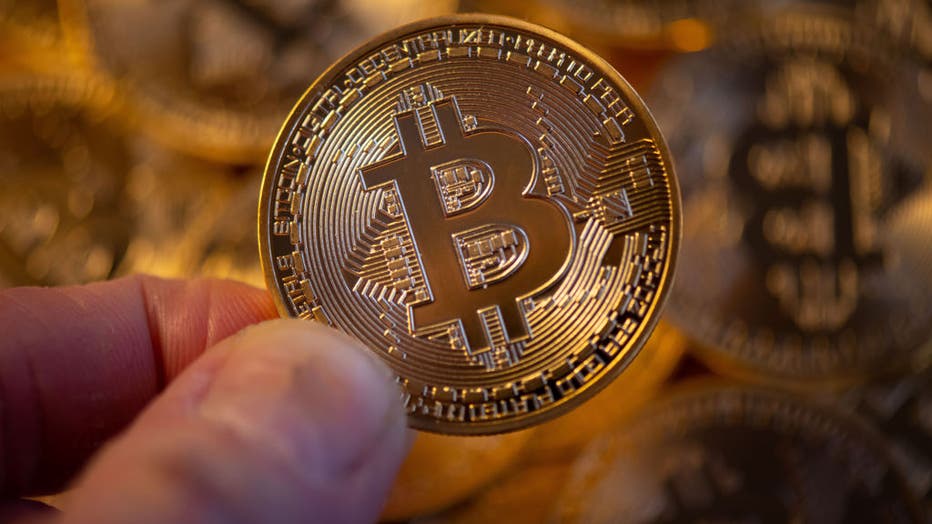 CARDIFF, WALES - MAY 03: A visual representation of the digital cryptocurrency, Bitcoin on May 3, 2018 in Cardiff, Wales. Cryptocurrencies including Bitcoin, Ethereum, and Litecoin saw unprecedented growth in 2017. Bitcoin works without a central ban

Dogecoin, a currency that began as a joke in 2013, had been surging since the beginning of the year. It’s found high-profile endorsements from Musk and Mark Cuban, but it too suffered in Wednesday’s freefall.

Doge fell to 22 cents per coin Wednesday. Ahead of Musk’s appearance on "Saturday Night Live" earlier this month, Doge was valued at roughly 70 cents per coin.

The tumble appeared to be over with cryptos showing signs of recovery shortly after the opening bell on Wall Street. Even so, the coins were still well below the value they held just a week ago.