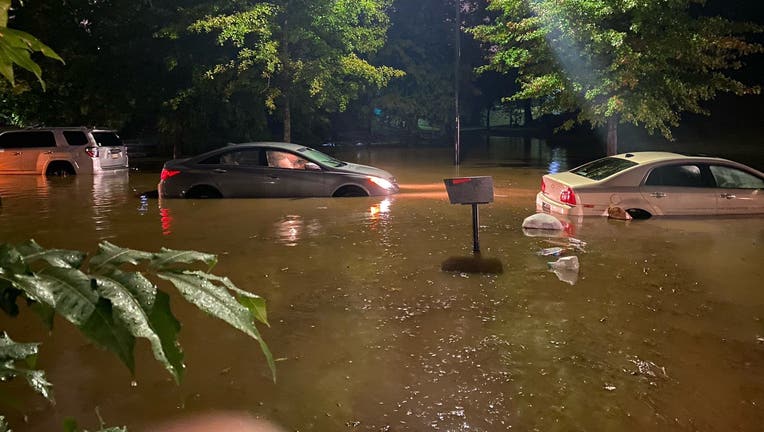 The FOX 5 Storm Team tracked dozens of Tornado Warnings on Saturday afternoon into the evening hour. More than a dozen counties in north Georgia were under a warning at some point during the evening hours including most of metro Atlanta.

The severe storms were thanks to the remnants of Hurricane Delta. Delta stormed ashore late Friday as a Category 2 storm but has weakened significantly since. The center of the storm hit land at 6 p.m. Friday near Creole, Louisiana, with top winds of 100 mph before pushing inland. By Saturday afternoon, it was just a tropical depression but still pushed tropical moisture into Georgia which prompted the bout of severe weather.

Counties in Alabama and Georgia, including those encompassing the cities of Montgomery and Atlanta, were under a Tornado Watch until Saturday evening, but that was allowed to expire.

CHECK THE LATEST WATCHES AND WARNINGS 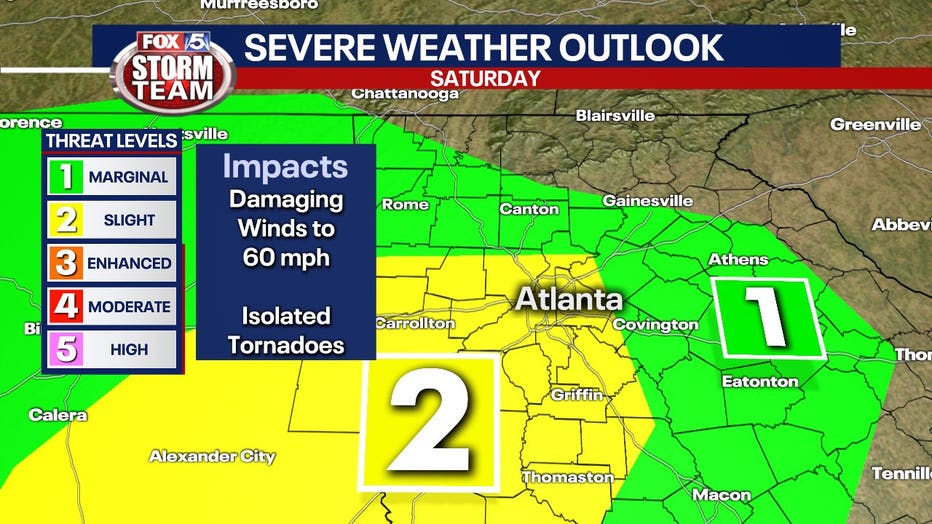 A shift in Delta's path once it hit land forced the Storm Prediction Center to upgrade the metro Atlanta to a ‘level 2’ risk for severe storms and warned of the possibility of tornadoes. 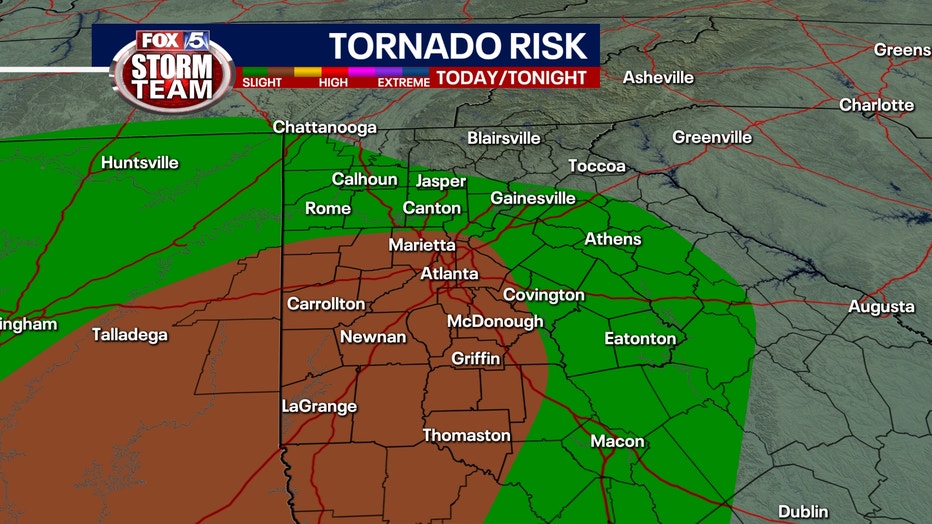 Most of Georgia experienced at least heavy rains. The FOX 5 Storm Team said about 1 to 2 inches of rain is likely by the end of the weekend with heavier amounts in extreme north Georgia. There is also a concern for flash flooding. Parts of extreme north Georgia are under a Flash Flood Watch until midnight Monday.

Storm chances, along with the potential for tornadoes, will start to decrease early Sunday morning with the entire storm system gone by Monday afternoon.

The winds will start to accelerate this afternoon and peak during the overnight hours. Some areas could experience non-thunderstorm related wind damage with a saturated ground and wind gusts over 30 mph.

Unfortunately, it won’t be the best weekend for outdoor activities, but if you don’t mind the soggy conditions you’ll be able to salvage part of the day.

Sunday definitely looks more promising especially since there won’t be a risk for severe storms.