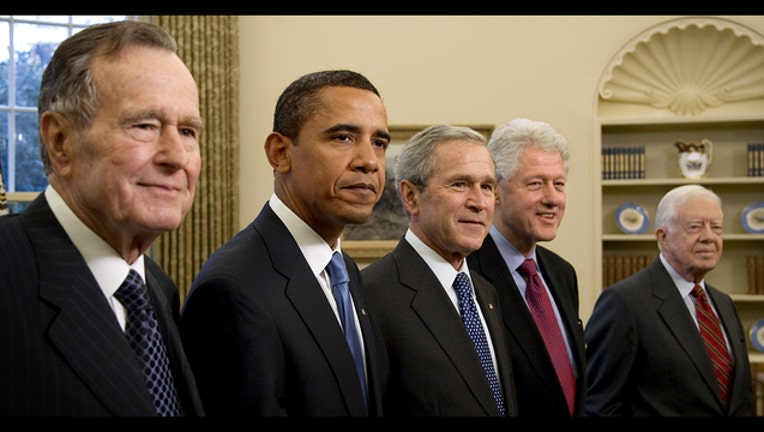 (FOX 46 WJZY) - All five living former U.S. presidents are teaming up to urge people to donate to the recovery and relief efforts for Hurricanes Harvey and Irma.

The "One America Appeal," as it's called, launched on Thursday with a public-service announcement from Barack Obama, George W. Bush, Bill Clinton, George H.W. Bush, and Jimmy Carter.

"Hurricane Harvey brought terrible devastation, but it also brought out the best in humanity. As former Presidents, we wanted to come together and join our fellow citizens in supporting Houston and the communities along the Gulf Coast as they rebuild," the statement reads on their website.

The former Presidents said they were inspired to come together in the aftermath of Hurricane Harvey, which unleashed devastating flooding and spurred thousands of first responders and neighbors into action.

All donations made will go to help victims of Hurricane Harvey in Texas through (1) the Houston Harvey Relief Fund focusing on the greater Houston region, and (2) the Rebuild Texas Fund assisting communities across the state.

Checks to the One America Appeal may be mailed to:

*Checks should be payable to "GBPLF One America Appeal"

For more information, please visit the website by clicking here.