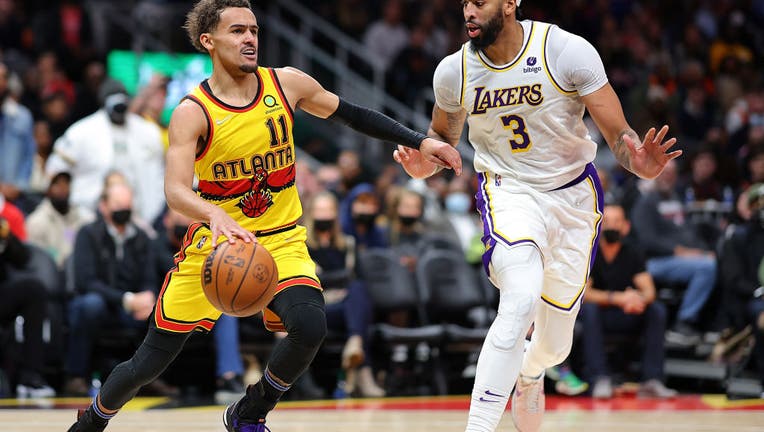 ATLANTA, GEORGIA - JANUARY 30: Trae Young #11 of the Atlanta Hawks drives against Anthony Davis #3 of the Los Angeles Lakers during the second half at State Farm Arena on January 30, 2022 in Atlanta, Georgia. NOTE TO USER: User expressly acknowledges

ATLANTA - Trae Young believes a defensive revival has the Atlanta Hawks back on track. That defense finally showed up in the final quarter against the Los Angeles Lakers.

Young had 36 points and 12 assists, and the Hawks earned their seventh straight win by rallying to beat the Lakers 129-121 on Sunday.

The Hawks outscored Los Angeles 38-20 in the final period, when Young scored 13 points.

"If our mindset is right we get stops on the defensive end ... I think we have a good chance of winning any night," Young said.

Onyeka Okongwu scored 12 of his 16 points in the final period, when he helped hold Anthony Davis to five of his 27 points.