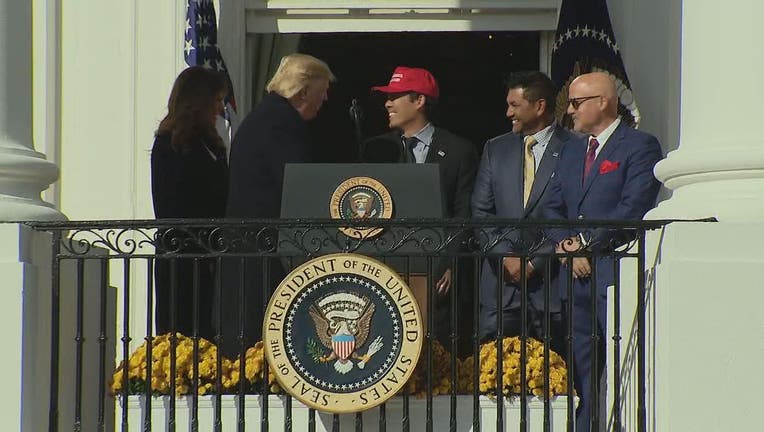 WASHINGTON - President Donald Trump honored the World Series champion Nationals at the White House on Monday, though more than a half-dozen players skipped the ceremony on the South Lawn.

Reliever Sean Doolittle, who along with his wife has worked with Syrian refugees and military veterans and supports gay rights, did not the event. Also among those not listed as being in attendance Monday are National League MVP candidate Anthony Rendon, outfielders Victor Robles and Michael A. Taylor, and pitchers Joe Ross, Javy Guerra and Wander Suero.

Baby shark at the White House

The Washington Nationals are introduced at the White House to the tune of Baby Shark.

Of the 25 players on Washington's World Series roster, 18 were in attendance. Principal owner Mark Lerner was the only member of the ownership group listed as attending.

Trump applauded the team's first title in franchise history, calling it a "comeback story for the ages" and predicting it will be the first victory of many. He singled out World Series MVP Stephen Strasburg, NLCS MVP Howie Kendrick and others. 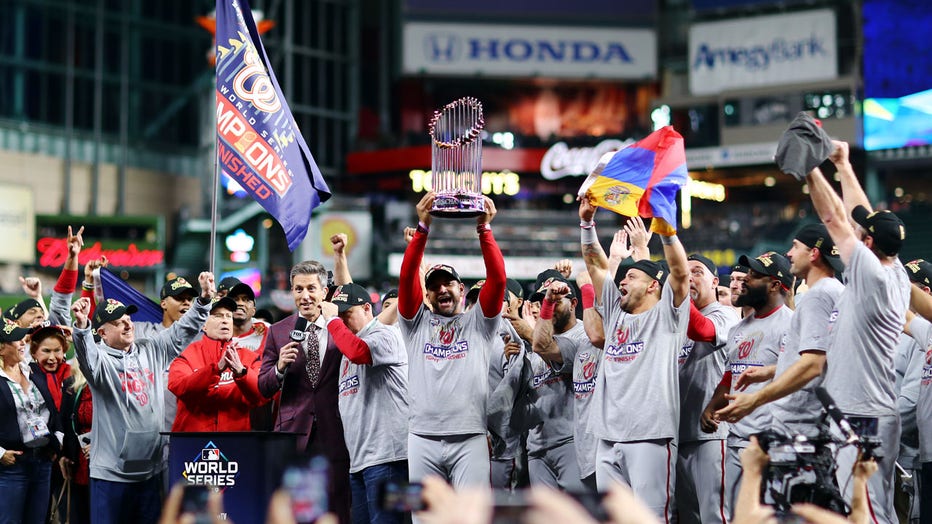 Catcher Kurt Suzuki donned a "Make America Great Again" hat during the half-hour ceremony, and first baseman Ryan Zimmerman thanked Trump for keeping the country safe and making it the greatest on earth before presenting Trump with a No. 45 Nationals jersey.

Despite those moments and the president referencing impeachment, the Nationals' visit did not have as much political undertone as when the 2018 champion Boston Red Sox were honored by Trump but without manager Alex Cora, who did not attend that ceremony after citing his frustration with the administration's efforts to help his native Puerto Rico recover from a devastating hurricane.

The World Series champion Washington Nationals were honored at the White House on Monday.

Washington manager Dave Martinez, whose parents are Puerto Rican, was in attendance and made some brief remarks.

The Nationals' White House visit was the latest stop on their whirlwind victory tour around the nation's capital after coming back from a 3-2 series deficit to beat the Houston Astros in Game 7 last week. The team parade down Constitution Avenue on Saturday and celebrated at the Washington Capitals hockey game Sunday night. 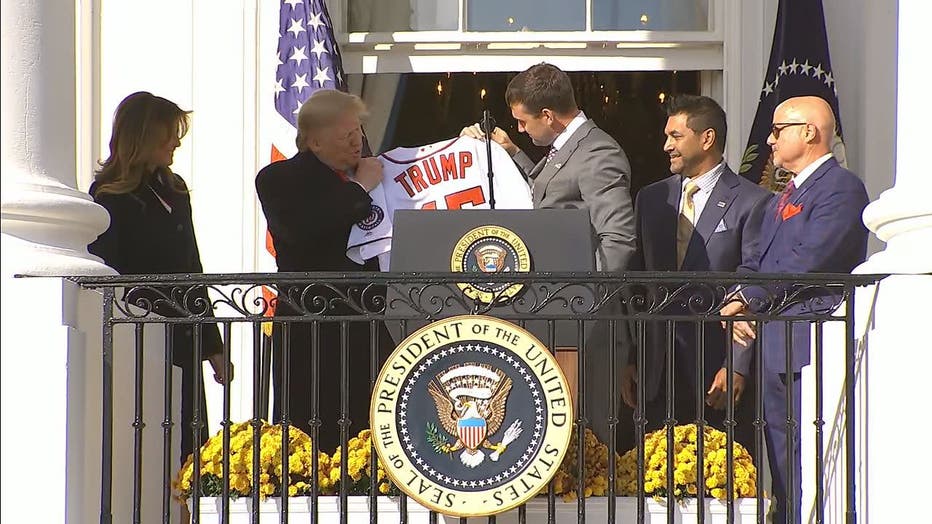 Historically, championship sports teams are invited to visit the White House by the president, but a polarized political climate has complicated the tradition.

Trump has sparred with professional athletes over White House visits and invitations.

The feud erupted as Trump was lambasting NFL athletes for kneeling in protest during the national anthem.

The University of Virginia men's basketball team said earlier this year it could not agree on a date for a visit.

Trump hosted the Air Force Academy football team at the White House for a Commander-in-Chief's trophy ceremony in May and the champion Clemson Tigers football team in June.

The president was notably booed when he visited Nationals Park for Game 5 of the World Series.