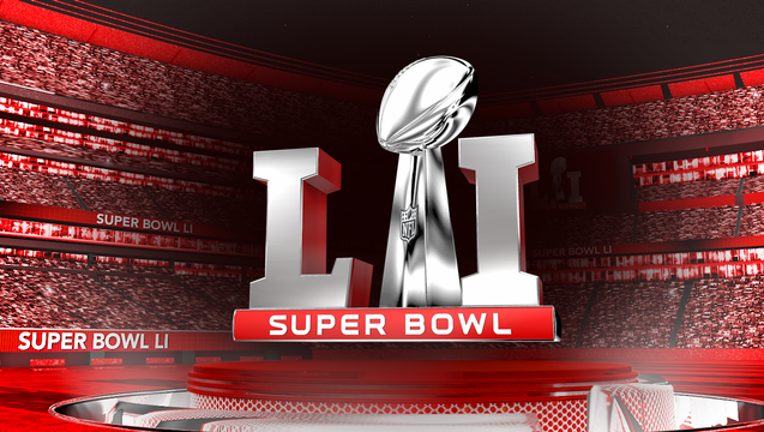 LOMIRA, Wis. (AP) - Workers on the manufacturing line at Quad/Graphics didn't have time to sulk after the Green Bay Packers' 44-21 loss to the Atlanta Falcons in the NFC Championship Game on Sunday.

They had to complete an assignment - the type they usually have 30 days to complete - in less than 24 hours: print the Super Bowl program.

Quad/Graphics has been printing the keepsake for more than 20 years.

This year, it is 292 pages - full color - with seemingly endless amounts of information, from team rosters to Super Bowl history. Also in the program are stories regarding things to do in Houston, the site of this year's Super Bowl, which is Feb. 5 between the Falcons and the New England Patriots.

The book is almost as much a visitor's guide as it a guide to the game.

"It's controlled mayhem," said Bob Lang, senior customer account manager at Quad/Graphics Lomira plant and the one responsible for overseeing the production process of the program. "It's controlled chaos."

Quad/Graphics is contracted to print the program by H.O. Zimman out of Lynn, Massachusetts. They put the program together with advertising and editorial content by the National Football League.

From a business-execution standpoint, the manufacturing team for the program was glad both games Sunday were blowouts.

That, Lang said, is a rarity.

On the NFC side, the last two title games have been blowouts. But from 2008-2015, all the games were decided by less than seven points.

The AFC game hasn't been as tight in recent years. Since 2008, only three games have been decided by seven or less points.

"Occasionally, there is a blowout. That's the exception, not the rule. The last several years, right down to the wire."

The goal is to have hundreds of thousands - maybe millions - of programs printed, out the door, on delivery trucks and on newsstands by Wednesday after the championship games, less than three days after the Super Bowl matchup was set.

He has been overseeing the production for 13 years and was happy to report there haven't been any slip-ups.

The first time Lang was involved in the project was Super Bowl XXV featuring the New York Giants and the Buffalo Bills.

His first Super Bowl as the one overseeing the book's production was Super Bowl XXXIX between the Patriots and the Philadelphia Eagles.

"It was hugely intimidating," Lang said. "I'm an experienced magazine guy. It was like no other magazine and the customer is right there. You're not calling them on the phone, sending them an email to say, 'Hey, I posted pages 42 and 44. Can you double check?'"

Selling advertising spots or pages in the program begins months ahead of the Super Bowl. Planning for the editorial content begins when the NFC and AFC championship games are set. This year, it was the Packers against the Falcons and the Patriots against the Pittsburgh Steelers, respectively.

For the week leading into the championship games, the H.O. Zimman staff develops potential storylines for the Super Bowl based on the four possible matchups and write those stories.

On the weekend of the championship games, H.O. Zimman sends three people to Quad/Graphics - two writers and a page designer.

Of the 290 pages, not counting the cover or back cover, about half of them are full-page ads. The rest is laid out on a page design program by one person.

Everyone on the production crew at Quad/Graphics, plus the staff members from H.O. Zimman, watch each game on TV to see how the games are unfolding.

"They're building pages as (the games) are unfolding," Lang said.

Getting the equipment, templates and other pieces to the puzzle, or "controlled mayhem," begins Saturday night and into Sunday morning - game day.

When everyone recognized the Falcons were going to win, work began on putting together all the pages reserved for the NFC champion. The content includes team rosters, team schedule/results, headshots of each player and more.

The process was repeated once the Patriots took firm control of the game against the Steelers and eventually won, 36-17.

At that point, that's also when the representing teams' logos are put on the cover.

"We're producing the book on the fly, if you will," Lang said. "Books were already leaving (Monday)."

That's less than 24 hours after the games ended.

"The way this book is viewed is we have until Feb. 5 and (H.O. Zimman) considers from the time the second game is over until (Feb. 5), they consider that their sell-through window, which is extremely tight," Lang said.

Quad/Graphics prints several magazines sold throughout the world, including BusinessWeek, Time, Sports Illustrated and People. When it prints those magazines, that process is typically spread out over a month.

When the AFC Championship Game ended, it was go time.

"As soon as that is done, you're immediately ... as soon as the story is written, the story goes downstairs to the plate room, we're shooting printing plates, the plates go up to press, we're then inking, making forms (a collection of pages) and then those loose forms are going out to finishing and we're binding the book together to put the cover on and make the book" Lang said. "We're making the book, literally, on the fly late into Sunday night.

"The games have been over for a few hours and we're already getting books off."

While this is going on, several trucks are waiting at the loading dock to take the books to their destinations.

"Because New England is in it, we've got to be on a newsstand outside of the greater Boston area ASAP," Lang said. "We have team drivers, two drivers in one truck. That truck does not stop until it runs out of diesel fuel. When driver one runs out of hours, pull over and switch out driver two and go. They just keep going."

There are several safeguards in place to catch any misprints, errors or anything else that could go wrong.

The page designer and the writers review every page. The NFL also has a hand in it, making sure all looks good, as does the production crew at Quad.

After that, everyone heaves a sigh of relief.

"It's extremely rewarding," Lang said. "You get to see the effort that goes into it."

He added he's grateful for the crew he has. Most of them are veterans of the environment and understand the importance of getting the job done quickly and right.

"They've been doing this for over 20 years," Lang said. "They all come together.

"We have to have precise execution, a clean hand-off from plate to press, press to finishing, finishing to trucking. All those handoffs need to be clean."