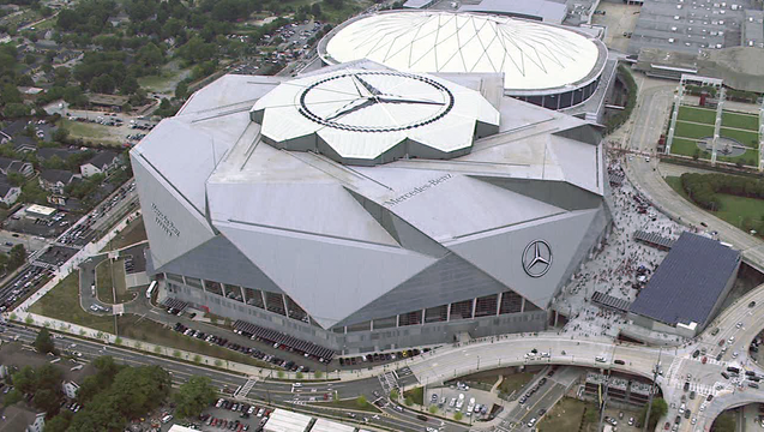 ATLANTA - Ahead of its big debut this weekend, Earth Cam released a new time-lapse video of Atlanta's new Mercedes-Benz Stadium.

The footage follows the stadium's construction from June 20-14 to its finish this September. Two major sports events will be played at the new one-point-five billion dollar facility.

On Saturday, soccer fans will descend into the brand new seats for the Atlanta United versus Orlando city game.

A day later the Atlanta Falcons will face off against the Green Bay Packers. It will be the Falcons first home game in their new stadium.