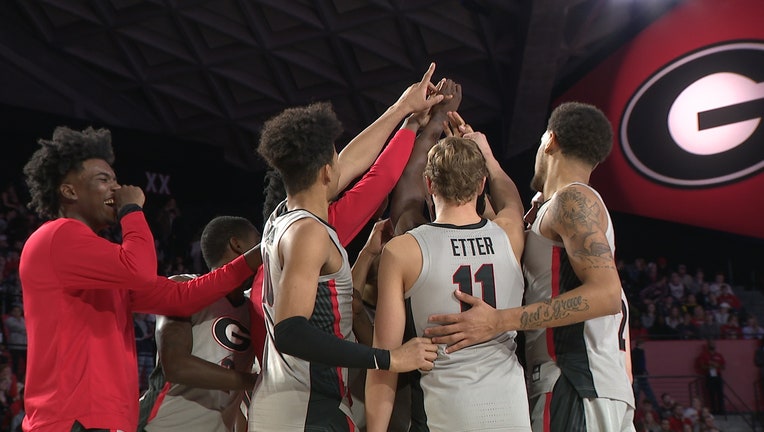 Tyree recorded his tenth game of 20-plus points and made a series of big plays late in the second half. He converted a three-point play and drove between two Georgia defenders for an uncontested fast-break layup to give the Rebels a 61-53 lead with 4:06 left.

"Breein Tyree played like one of the best guards in college basketball, which he is," Ole Miss coach Kermit Davis said.

Tyree was 8-for-15 from the field, one of them a 3-pointer, with four rebounds, four assists and three steals. "When you lose him, he makes you pay," Georgia coach Tom Crean said.

Georgia (11-8, 1-5 SEC) was led by Jordan Harris with 15 points and a season-high eight rebounds. Anthony Edwards scored 13, but was just 3-for-12 from the field, and Sahvir Wheeler scored 11 points.

Ole Miss shot 52% from the field and created 16 turnovers, which led to 20 points. Georgia shot only 31% from the floor.

"We're not going to beat anybody shooting the way we shot," Crean said. "Our defense at times was good, but the bottom line is our offense didn't give us enough chance."

Ole Miss surged to a 10-point lead when Blake Hinson scored from the paint with 4:46 left in the first half to give the Rebels a 32-22 lead. But Georgia got back in the game with a 7-0 run, five of those points coming from Harris, but failed to score in the final 2:52. Ole Miss led 35-29 at halftime.

Ole Miss scored the first five points of the second half to take an 11-point lead, but didn't make another basket until 10:10 remaining. During that interim the Bulldogs outscored the Rebels 14-2 and took a 43-42 lead when Edwards hit a 3-pointer with 12:31 remaining.

The lead didn't last long. Ole Miss regained the lead when Buffen made a pair of free throws 27 seconds later and the Rebels never trailed again.