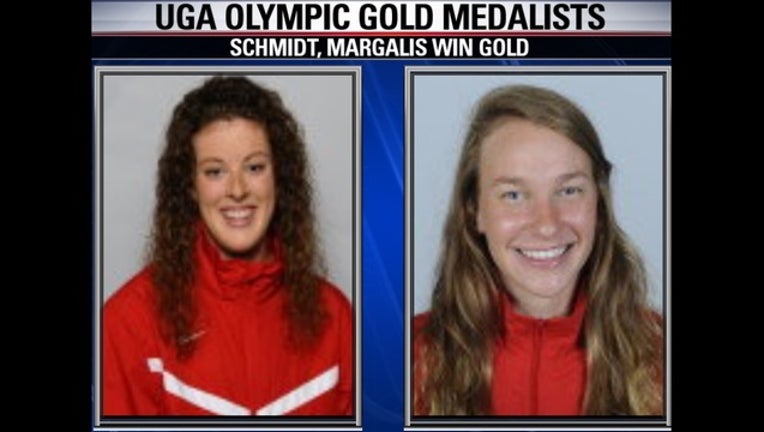 Serving as one of the team’s captains, Schmitt led off the United States relay – which also featured Leah Smith, Mya DiRado and Katie Ledecky – to open Wednesday’s finals. The relay stopped the clock in 7:43.03 to outdistance Australia (7:44.87). Schmitt anchored the gold medal-winning relay at the 2012 Games in London.

“I had no doubt,” Schmitt said. “I had complete faith in these three girls. I was just going out to try my best. … We like to have fun. A happy swimmer is a fast swimmer.”

Ledecky earned her third gold medal with the win.

“It’s fantastic to have Schmitty on the team this year and see her swimming so well,” Ledecky said. “I don’t know, I think we were all swimming for Schmitty.”

“I knew Schmitty was going to throw down an awesome leg,” Smith said. “I watched her in prelims and she fired all of us up.”

In Wednesday’s preliminaries, Schmitt led off and Margalis swam the third leg as the United States posted a time of 7:45.37. Margalis earned the gold medal, her first, by virtue of competing in the prelims.

Schmitt and Margalis ended their Georgia careers in 2013 and 2014, respectively.

MacLean came in third on Canada’s 4x200-meter freestyle relay in 7:45.39 to earn the bronze, her first Olympic medal. It was also Team Canada’s first-ever medal in the 4x200-meter freestyle relay. MacLean, who swam the third leg on Thursday, is appearing in her second Olympics for Canada. She capped her Georgia career in 2016 by leading the Lady Bulldogs to their third NCAA title in four seasons.

In the 200-meter butterfly finals, Hali Flickinger of the United States came in seventh in 2:07.71. Like MacLean, Flickinger finished her Georgia career in 2016.