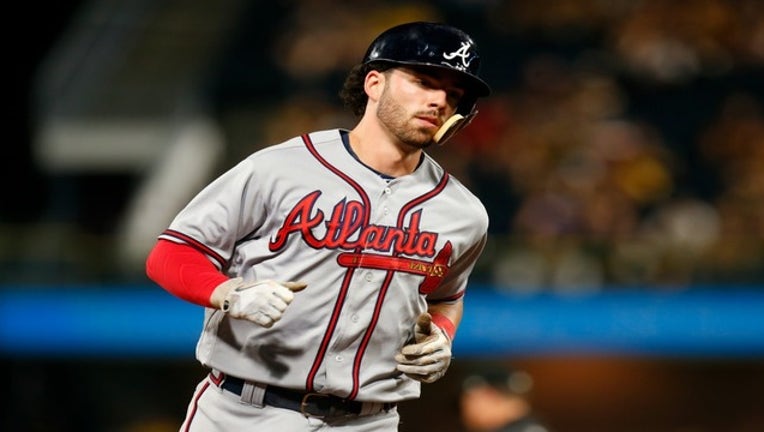 LOS ANGELES - Injured shortstop Dansby Swanson and several relief pitchers who spent most of the season in Atlanta’s bullpen will not on the Braves roster for the National League Division Series, the team announced Thursday.

Swanson, who partially tore a ligament in his left-hand last month, had been considered a long shot to make the roster due to his injury.

RELATED: Dodgers take to the field for workout before NLDS

The Braves and Dodgers will open their NLDS in Los Angeles Thursday night, and Atlanta has a chance to jump ahead before facing Dodger star Clayton Kershaw in Game 2.

Dodgers manager Dave Roberts decided to hold back his ace left-hander and will instead start Hyun-Jin Ryu in Game 1. The left-handed Ryu was 7-3 with a 1.97 ERA in 15 starts this season.

Mike Foltynewicz is up for the Braves. The hard-throwing right-hander put it all together this season, posting career bests with a 2.85 ERA over 183 innings.

Also left off the roster are relievers Dan Winkler, Jesse Biddle, Sam Freeman, and Luke Jackson, all of whom spent the majority of the season on the team’s major league roster.