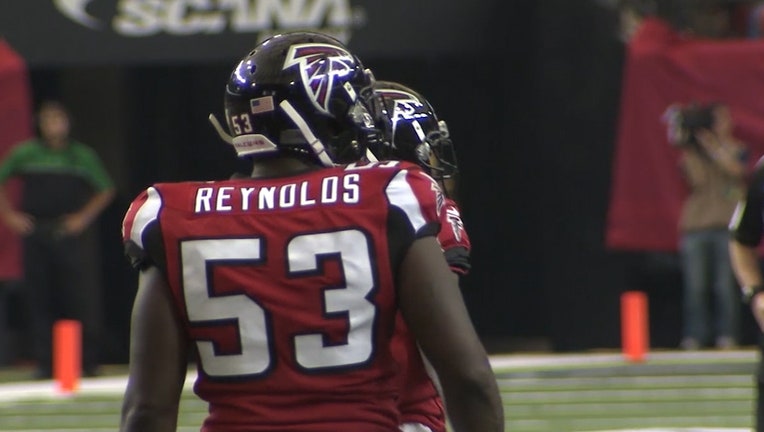 ATLANTA - When LaRoy Reynolds moved back to Gwinnett County in January, he just hoped he would get another shot with the Atlanta Falcons. A few months later, he's getting just that.

Reynolds was a key special teams contributor in 25 games for the Falcons in 2016 and 2017, before landing in Philadelphia and Cincinnati. Last year, he appeared in 15 games as a Bengal with five total tackles and a pass defensed.

Now that he's back in Atlanta, Reynolds said he's grateful for head coach Dan Quinn and assistant head coach/linebackers coach Jeff Ulbrich for trusting him and bringing him back into the Falcons organization.

"It's always great to be somewhere where you're wanted, and also where the people know you," Reynolds said Thursday. "People know your personality, people know your traits, and people believe in you. I think that's the greatest aspect of playing in this league."

The Falcons added Reynolds as linebacker depth after starter De'Vondre Campbell departed in free agency, but he also sees an opportunity to contribute again on special teams.

"The main important role is just to come in and be a veteran presence as far as being on special teams and bringing the energy, bringing excitement, bringing juice and competing at a high level," Reynolds said. "I think that's the traits that drew me back here, about being a competitor."

Reynolds said his last year playing in Jacksonville was Dante Fowler's first as a Jaguar. The Falcons added the pass rusher in free agency last week, after the Rams released him. Reynolds said he is looking forward to being able to "feed off of his juice and allow that to spread through the team."

Though Reynolds doesn't personally know Todd Gurley, the linebacker said he's a big fan of the former Georgia product, too.

"They've done a great job getting after the things we need and know that we need," Reynolds said. "So I'm excited to see the work that we all going to put in together."