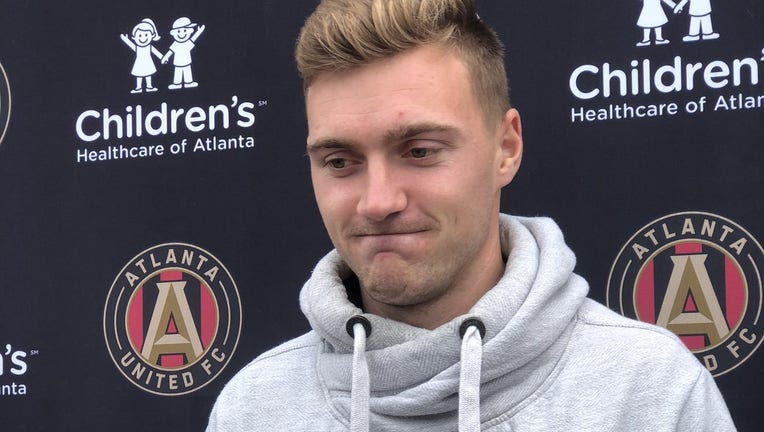 Marietta, GA - The look on Julian Gressel's face said it all.

When asked how talks were progressing with Atlanta United about his status going forward, the midfielder was visibly frustrated.

"It’s been difficult for me because there hasn’t been any clarity in either direction," he said Thursday morning at the team's training facility in Marietta.

Gressel was hoping to reach a more lucrative, long-term deal with the team this year, although he still has an option the team could pick up to remain in Atlanta for 2020. But he said Thursday that talks have stalled in regards to an extension.

Gressel said he would be willing to take a role in midfielder Darlington Nagbe's place, amid reports Nagbe has been traded to Columbus Crew. The MLS trade window officially opens on Monday, so the team has not confirmed or denied the report.

"If this happens to be true, Darlington isn’t a guy you replace," said goalkeeper Brad Guzan.

Nagbe went to high school and college in the Columbus area, so Michael Parkhurst said that move would make sense for Nagbe, who he called "one of the best (No.) 8's in the league."

"It's nice (to play near your home town)," Parkhurst said. "I know Darlington is a real homebody, even here. He likes to be home with his family. If he does get traded and that's the reason, then I totally understand. If that’s what he wants, that’s what I want for him."

United has several players to whom it could extend contract options.

After the trade window opens on Monday, it closes on Wednesday. Clubs must make contract extension offers to players by Nov. 14, and Nov. 21 is the deadline for clubs to exercise contract options. Nov. 22 is when free agent lists are released.