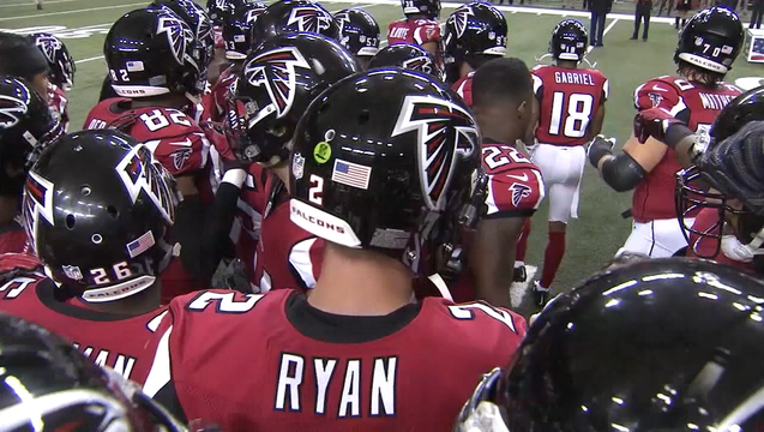 Quite a quartet of QBs is heading to the NFL's conference championship games next weekend: Brady's New England Patriots host Roethlisberger's Pittsburgh Steelers in the AFC, and Rodgers' Green Bay Packers play at Ryan's Atlanta Falcons in the NFC.

Consider the collective bona fides: Among them, Brady, Roethlisberger and Rodgers can boast of 10 Super Bowl appearances and seven titles, four Super Bowl MVP awards and four regular-season MVP awards. Not too bad.

Ryan, never a Super Bowl participant, is the least-accomplished member of the final four, but he just so happens to be the quarterback on the All-Pro team this season and the favorite to collect league MVP honors.

Brady and Rodgers also figure to get some votes for that accolade, which will be handed out the day before the Super Bowl in Houston on Feb. 5.

These four guys would love to be in town for that game, of course.

Rodgers and Ryan moved closer to playing for the Vince Lombardi Trophy with terrific divisional-round performances, none more thrilling than Green Bay's 34-31 win over the Dallas Cowboys.

Running to his left, and running out of time and territory on a third-and-20, Rodgers whipped his wrist for a 36-yard completion to tight end Jared Cook, who barely managed to scrape the toes of each shoe inbounds before tumbling to the sideline with 3 seconds remaining. That set up Mason Crosby's game-ending, tiebreaking 51-yard field goal.

"This one's special," Rodgers said. "More special than we've had around here in a while."

All Ryan did Saturday was throw for 338 yards, three TDs and no interceptions to beat the Seattle Seahawks 36-20 .

The AFC quarterbacks were not as impressive as their NFC counterparts this weekend, but did enough to get by.

Roethlisberger threw an end zone interception and failed to produce a TD, but Chris Boswell's postseason-record six field goals helped the Steelers get past the Kansas City Chiefs 18-16 on Sunday. Brady was picked off twice - equaling his season total - but the Patriots still defeated the overmatched Houston Texans 34-16 on Saturday.

Each conference title game is a rematch from this season.

Rodgers and Ryan engaged in a thrilling showdown in Week 8 on Oct. 30, when Atlanta edged Green Bay 33-32 .

Rodgers threw for four TDs, one more than his foe, and ran for 60 yards, but Ryan got the last word by connecting with Mohamed Sanu for an 11-yard score with 31 seconds to go. A week earlier, Brady and the Patriots won 27-16 against a Steelers team missing the injured Roethlisberger.

Here's a closer look at next Sunday's matchups:

That loss 2½ months ago to the Falcons began a four-game skid for the Packers that dropped them to 4-6. Rodgers insisted he didn't think Green Bay was done, and look at it now: eight consecutive victories and a second NFC title game in three years.

Ryan and Atlanta are also on an impressive run, winning five games in a row by scoring at least 33 points each time - and he has 14 TD passes and zero interceptions in that span.

"They are good at what they do," Packers linebacker Nick Perry said. "We are going to look at the film and go over it and make sure we prevent as much as we can of those ... explosive plays."

This could be another high-scoring game, with players such as Julio Jones, Taylor Gabriel, Randall Cobb and Davante Adams causing problems for a pair of defenses that are not all that special.

New England is in its record sixth consecutive AFC title game, 11th overall for the duo of Brady and coach Bill Belichick. They've had a relatively easy path so far this season, which began with a four-game "Deflategate" suspension for the 39-year-old QB, but Pittsburgh's defense and versatile offense could present a challenge.

Steelers RB Le'Veon Bell already has run for 337 yards in two playoff games, while WR Antonio Brown has a pair of 100-plus-yard games, too.

New England is missing TE Rob Gronkowski, but its star in the divisional round was Dion Lewis, who became the first player in the Super Bowl era with TDs via catch, run and kick return in a postseason game.

Count on Belichick to make his players pay after a lackluster game against Houston.

"We have a lot of work to do. We made a lot of mistakes," Lewis said. "I'm glad we got a win, but in order to advance next week, we've got to play a lot better."