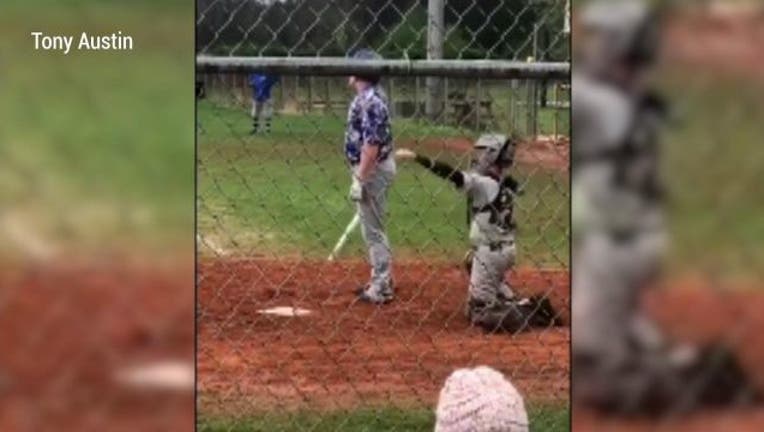 (FOX NEWS) - A high school baseball player in Tennessee is getting attention for his arm.

Luke Terry, a freshman at Cornersville High School, has become a viral sensation for his catching and hitting abilities, MLB.com reported. The most remarkable part of all is that Terry is a standout on his team and does it all with one arm.

Terry’s right arm was amputated when he 19 months old, after he contracted E. coli.

"They put the PICC line in his arm [to treat the E. coli]," Terry’s mother, Dana, told the Tennessean. "And the bacteria went to his arm, where the PICC line was. It just started eating his arm away." Dana said her son also flatlined three times during surgery.