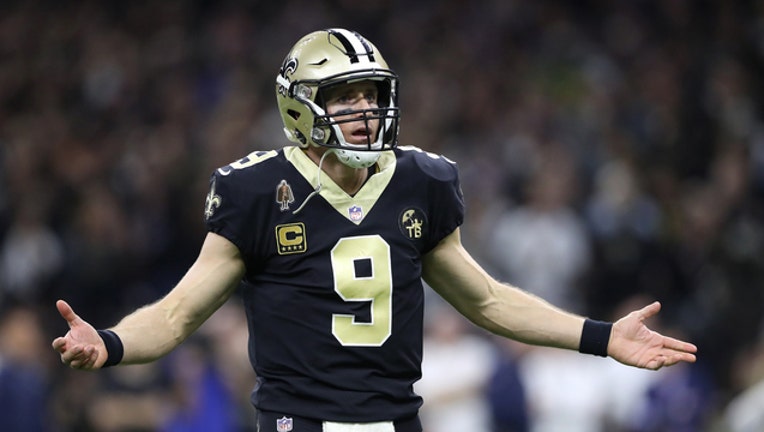 Drew Brees of the New Orleans Saints reacts against the Los Angeles Rams during the fourth quarter in the NFC Championship game at the Mercedes-Benz Superdome on January 20, 2019 in New Orleans, Louisiana. (Photo by Streeter Lecka/Getty Images)

ATLANTIC CITY, N.J. (AP) -- A sportsbook in New Jersey is offering betting credits for customers who bet on the New Orleans Saints due to the widespread belief that the team was victimized by a blown call by referees during its loss Sunday in the NFC championship game.

PointsBet initially said Monday it "will refund all wagers" on the spread and money-line bets on the Saints, who lost the game after officials failed to call a penalty on a Los Angeles Rams defender who leveled a New Orleans receiver long before the ball arrived.

But later in the afternoon, PointsBet said those "refunds" would come in the form of bonus bets, not cash payouts.

The Rams won the game and advanced to the Super Bowl, where they will play the New England Patriots.