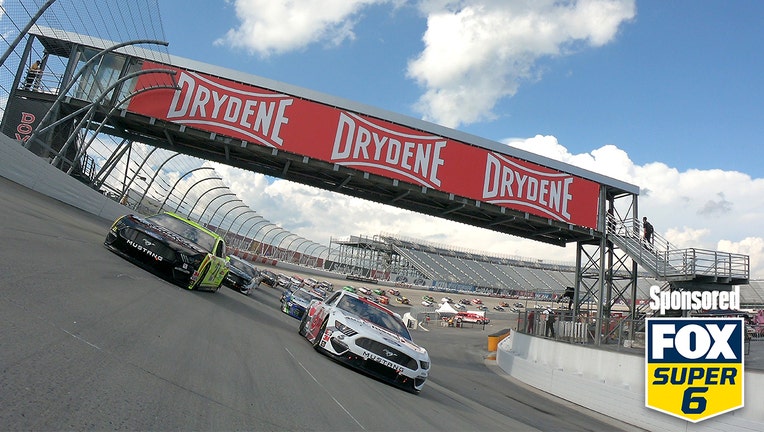 Matt DiBenedetto and Ryan Newman lead the field on a pace lap prior to the NASCAR Cup Series Drydene 311 at Dover International Speedway on August 23, 2020 in Dover, Delaware. (Photo by Jared C. Tilton/Getty Images)

It is lost in the hustle and bustle of the Mid-Atlantic trail, off to the side of I-95 and stuck smack in the middle between New York’s glitz, Philadelphia’s history, Baltimore’s scenic Inner Harbor and Washington’s endless power.

One thing, however, that everyone on the NASCAR circuit knows is if you can win at The Monster Mile at Dover, you’ve done something pretty special. And this weekend, the NASCAR Cup rolls into "The First State" for its only appearance this year with the Drydene 400 (Sunday, 2 p.m. ET, FS1).

Martin Truex Jr. will have the pole after his win last week at Darlington, and he'll have teammate Denny Hamlin sitting in the front row with him. Hamlin still leads the NASCAR Cup series points standing, but Truex is starting to close the gap.

Sunday's race is a great time to get involved in the FOX Super 6 Stage 2 contest. If you can get the right answer to all six questions regarding Stage 2 of Sunday’s race, you can win $10,000 of Clint Bowyer’s money – absolutely for free. All you have to do is download the FOX Super 6 app, make your picks and wait for the action to begin.

Here’s a look at the questions for Sunday’s race, as well as some notes on each.

Which driver will have the best finishing position at the end of Stage 2?

Truex and Hamlin clearly are the fashionable picks, and both of them have combined for eight stage races already through the first third of the season. Harvick is a wild card – he won one of the two races at Dover last year (Hamlin won the other) and has traditionally raced well here. If you are going outside of the Toyotas, he’s a pretty good play.

Which of these drivers will have the most laps led by the end of Stage 2?

Bowman has three Top 5 finishes in his last four races and has a race win this season. Of all of the guys on this list, he may have the best shot to lead the field. Logano could be a wild card here as well.

How many cautions will there be by the end of Stage 2?

Dover can be a weird place to judge how many cautions there will be in a race. Back in 2017, the "spring" race produced a wild of 15 cautions in a race that Jimmie Johnson won. Since then, there’s been relative calm with the last five races having an average number of 5 caution flags.

On the whole, Dover can be a place where the lead goes in and out with regularity, but maybe not the frequency that some other tracks have gone through. In last year’s two races at the Monster Mile, there were 15 lead changes combined for the entire race. There hasn’t been a 20-plus lead change race at Dover since 2013. In other words, maybe it won’t be as high a number as you would think given the style of racing that takes place.

Which manufacturer will have the most cars in the top 5 of Stage 2?

With Truex Jr. and Hamlin being upfront at Dover and in the NASCAR Cup points standings, it would seem a strong bet that Toyota could get two up near the front again at the end of Stage 2. The wild card? That’s the Fords with Logano, Ryan Blaney and Harvick.

Which team will have the most drivers in the top 5 of Stage 2?

Hendrick has won 20 times overall at Dover, including 11 by Jimmy Johnson. That’s more than double any other organization in the sport. In other words, Hendrick is a good bet here.

Play Clint Bowyer's NASCAR Stage 2 FOX Super 6 contest for free, and you could win $10,000! Just download the FOX Super 6 app and make your picks now for your chance to win!