Here's what NASCAR hopes is the honky tonk truth -- that a Nashville reboot is good enough this time to make the sport a tough ticket in the heart of one of the entertainment hot spots of the south.

The first step? Convincing its star drivers the trip to Nashville Superspeedway in 2021 is the spark of a motorsports rebirth in the area and not just another lazy ride on an intermediate concrete track.

And, that the Superspeedway will prove a worthy choice over the historic half-mile Fairgrounds.

"One snooze fest at that joint will put the nail in the coffin of the fairgrounds, bummer," tweeted Chase Elliott, NASCAR's most popular driver. 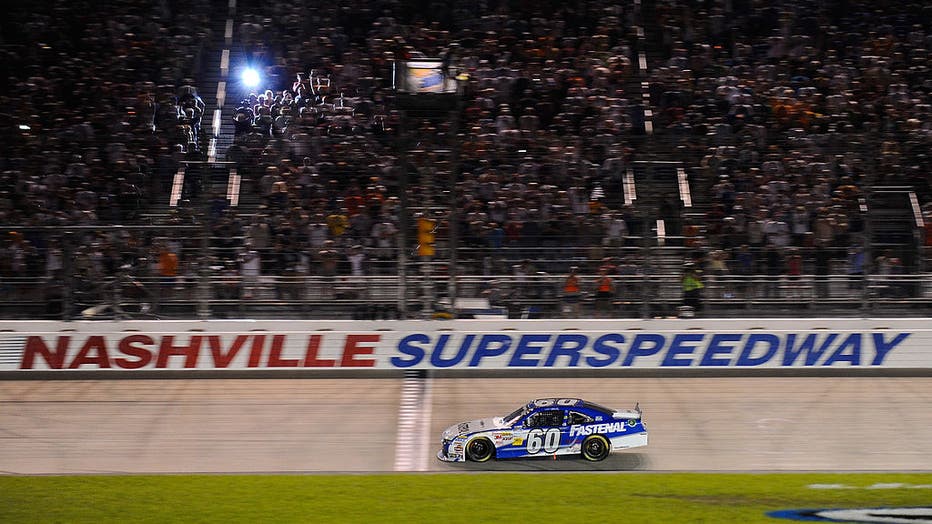 There's little sense now debating which track is worthy of the renovations and safety upgrades necessary to hold Cup Series races at least through 2024. Dover Motorsports, Inc. held on to the track it developed nearly 20 years ago -- a potential $46 million sale in 2014 fell through --  and kept it in its back pocket should the time come when NASCAR wanted to expand its geographic schedule. There was little appetite among race fans for two NASCAR weekends at Dover International Speedway -- noted by the seating capacity of roughly 135,000 seats in 2001 stripped to about 55,000 this season -- which cushioned the blow of moving the race to Nashville.

So it's off to Music City, where  NASCAR wants to hit the right notes.

The Nashville area appears ready to go racing. The stock series staged a wildly successful blowout last December for its season-ending awards celebration. Drivers performed burnouts on Broadway, NASCAR fan and country music star Blake Shelton was the star of a party and -- step aside, Randy Travis -- there was a NASCAR-themed night at the Grand Ole Opry.

"We need to make sure that we match the expectations of the industry and the Nashville community with what we do with the facility and how we operate," Dover track president Mike Tatoian told The Associated Press.

The TV numbers also showed there was a demand for NASCAR in Nashville. Fox Sports said Nashville ranks as the 14th-best TV market this season and was 14th as well in 2018, a solid showing for a sport that has suffered ratings declines over the last decade. When NASCAR returned from its hiatus this season in the wake of the coronavirus pandemic, Nashville tuned in and was the fourth-highest market for the race at Darlington Raceway.

Dover wants to act smart in the expansion. The company said it would pump $8 million to $10 million into the track for capital improvements and does not plan to add permanent seating beyond the 25,000 capacity currently at track.

"We only have one person out there," Tatoian said. "We've had a maintenance person just to help. So we've never been able to take advantage of the phone calls that we still get today from people that want to rent the facility for various things. Now, we're able to do that again."

The 1.33-mile concrete track was built in 2001 by Dover Motorsports and hosted NASCAR and IndyCar events until 2011. Nashville Superspeedway held Xfinity and Truck events, as well as IndyCar races, from 2001 until 2011. Tatoian said he's open to all three series returning to the schedule. But the track has never held an elite Cup Series race.

"We were successful," Tatoian said, "we just weren't successful enough to sustain ourselves. There's a big difference between Cup and those other two races."

There was a  cry for NASCAR to return to the old Fairgrounds, where the Cup Series ran 42 times from 1958 through 1984, and the lower-level Xfinity and Truck Series last raced there in 2000.

"While they continue to work on the Fairgrounds and are optimistic about what the future might look like  there, this has been kind of a separate conversation," Kennedy said.

Kennedy added: "We'll certainly stay in touch with them as things move along and continue to support them there."

Dover expected the Superspeedway to become a NASCAR fixture and not just a placeholder until the Fairgrounds becomes a viable option. NASCAR eyed a race date of June 20, 2021, and -- as the tentative first race in NBC's portion of TV schedule -- it would be a blast to debut under the lights. The track sits about 35 miles southeast of Nashville, closer to Gladeville, Tennessee.

"I think the uniqueness of it tied to the market is kind of a win-win scenario," Kennedy said. "I think it will certainly add a little bit of variety to the schedule, kind of another turning point as we think about the next iterations of the 2021 schedule."

Dover has been a NASCAR home sine 1969 and the site of two race weekends each year since 1971. The concrete mile track, where seven-time champion Jimmie Johnson has 11 career victories, was scheduled to hold a race in May this season until the coronavirus pandemic forced a postponement. Dover is expected to run Cup races on Aug. 22 and 23.

"Our company will get stronger, which means our situation in Dover will get even better," Tatoian said. "Unfortunately, there are going to be some disappointed fans and we understand that. But if you're a true NASCAR fan, you really will embrace this, even though it may mean going to Dover one less time.