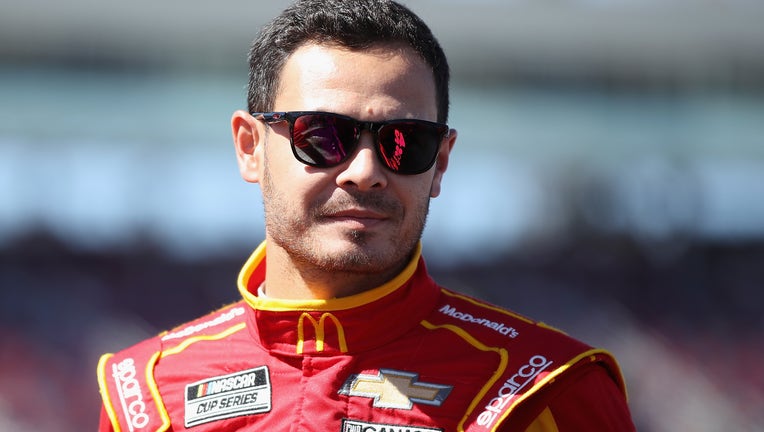 AVONDALE, ARIZONA - MARCH 07: Kyle Larson, driver of the #42 McDonald's Chevrolet, stands on the grid during qualifying for the NASCAR Cup Series FanShield 500 at Phoenix Raceway on March 07, 2020 in Avondale, Arizona. (Photo by Christian Petersen/Ge

The team on Monday suspended Larson without pay, but Tuesday issued a statement saying it was "ending its relationship" with Larson, who was in the final year of his contract.

Larson was heard saying "you can't hear me? Hey, n----r" while chatting to other participants during the race.

Major sponsors of Larson's #42 car, McDonald's, Credit One and Clover had previously announced they were severing ties with the 27-year-old.

Larson has also been suspended from the NASCAR series and will need to go through sensitivity training before reinstatement is possible.