ORLANDO, Fla. - Major League Soccer has postponed the second match of the MLS is Back tournament after five Nashville players tested positive for COVID-19, the league announced Tuesday.

The league said it would continue to evaluate Nashville's participation in the tournament.

It's a second straight day of testing results putting the status of one of the tournament participants in question. FC Dallas withdrew from the tournament on Monday after 10 players and one coach tested positive. 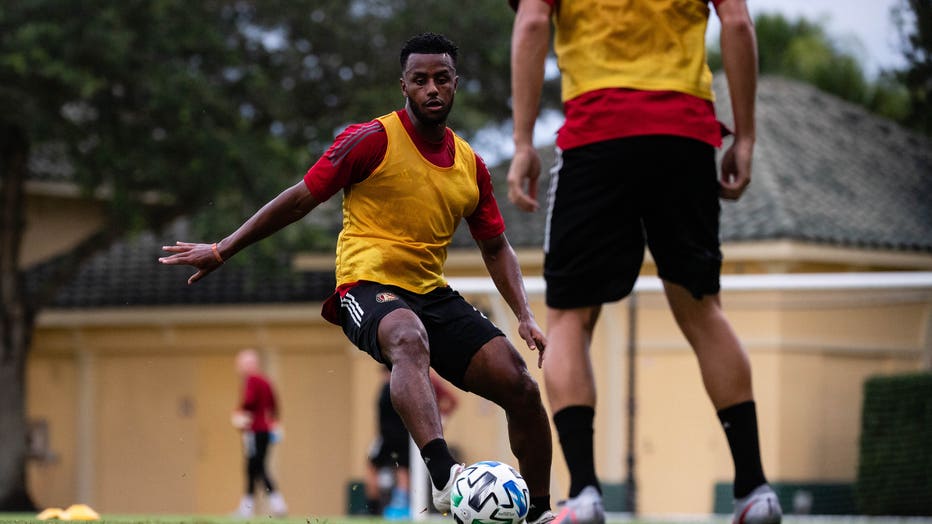 The tournament is still set to open Wednesday with a nationally televised match between Orlando City and expansion Inter Miami. Atlanta United plays its first game at 8 p.m. on July 11 against New York Red Bulls on FOX 5, followed by FC Cincinnati on July 16 and Columbus Crew SC on July 21.

FC Dallas announced last week that six players had tested positive upon arrival in Florida for the tournament, and the entire team was quarantined. As a result, the team's opening match on Thursday against the Vancouver Whitecaps was postponed.

With Dallas' withdrawal, MLS was devising a new schedule for the monthlong tournament, to be played without fans at ESPN's Wide World of Sports Complex at Disney World.

Two additional schedule changes were announced Tuesday. The match between Toronto and D.C. United scheduled for Friday was pushed back to Sunday. That change was made because Toronto did not arrive in Florida until Monday.

With the Toronto-D.C. United match changed, the league moved the start time of Friday's match between Seattle and San Jose from 10:30 p.m. EDT to 9 p.m. EDT. It's currently the only match scheduled for Friday.