Hernandez opts out of shortened season due to coronavirus concerns

ATLANTA - No one in the Braves organization suspected anything out of the ordinary after Felix Hernandez threw a side Saturday at the team's summer practices at Truist Park.

So it was a surprise later last night when Hernandez’s agent notified GM Alex Anthopoulos of his decision to opt out of the upcoming season due to coronavirus concerns. Manager Brian Snitker said he found out the next morning.

"He just evaluated where things were for his family and we support him," Snitker said Sunday.

It came on the same day four Braves players tested positive for COVID-19 and the same day that Dodgers pitcher David Price also opted out of the 60-game season -- a trend Snitker sees continuing.

"I think it’s going to be ongoing as we do this," he said. "And it is way, way different. Everybody told them it would be, but until you live it, I don’t think you know it. As tests come in and outbreaks and things like that, I think it’s only human nature to process these things as you have family members involved and children and things like that. Things like that aren’t a reality until we get here and live it." 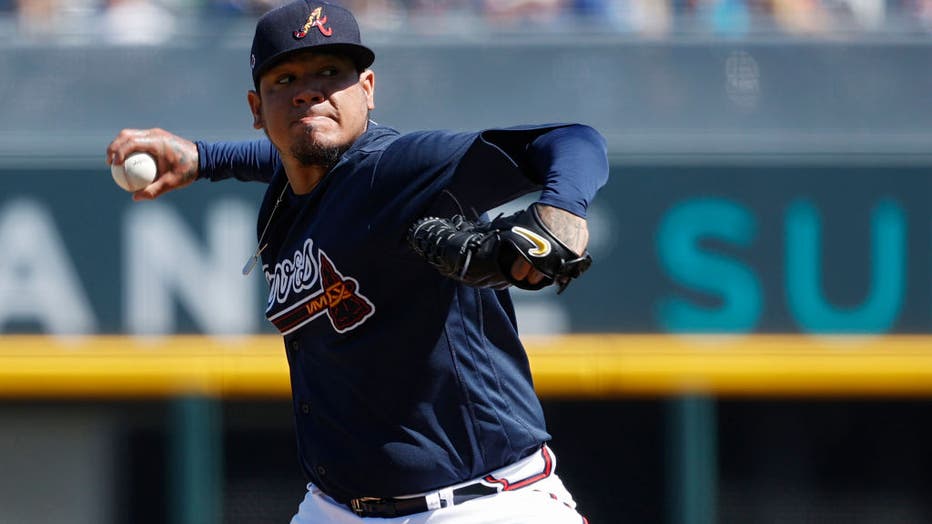 NORTH PORT, FL - FEBRUARY 22: Felix Hernandez #34 of the Atlanta Braves pitches in the second inning of a Grapefruit League spring training game against the Baltimore Orioles at CoolToday Park on February 22, 2020 in North Port, Florida. (Photo by Jo

Snitker wasn’t sure if Hernandez was interested in coming back next season, given that he had a successful spring training with the Braves and was trending towards making the team.

"He was getting results. He did exactly what we asked him to do, which was get guys out," Snitker said. "He didn’t do anything to not warrant making our club in the spring."