ATLANTA - The Atlanta Hawks announced Monday that Lloyd Pierce has been relieved of his head coaching duties.

The Hawks have lost 11 of their last 15 games after starting the season 10-9. 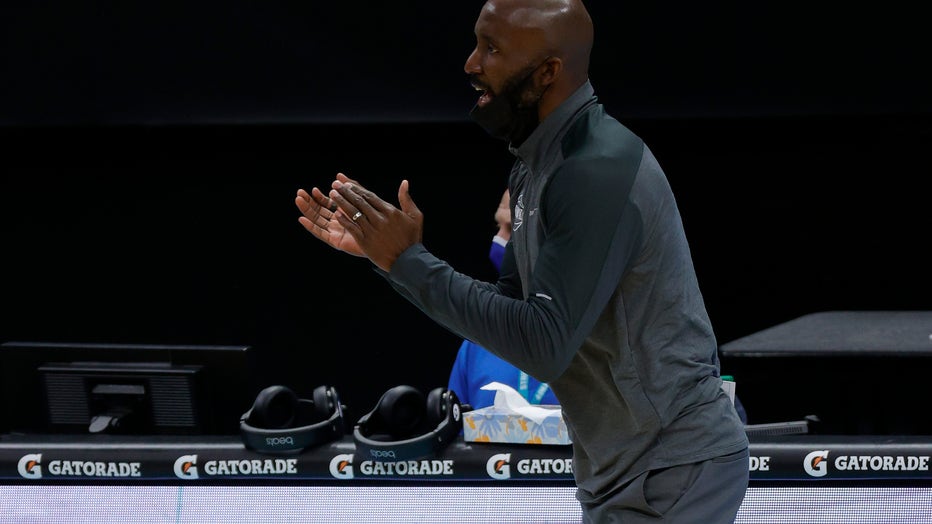 CHARLOTTE, NORTH CAROLINA - JANUARY 09: Head coach Lloyd Pierce of the Atlanta Hawks reacts following a call during the first quarter of their game against the Charlotte Hornets at Spectrum Center on January 09, 2021 in Charlotte, North Carolina. NOT

"We would like to thank Lloyd for his work and commitment to not only the Hawks organization but the city of Atlanta. He and his wife, Melissa, are tremendous people who have made a positive impact throughout the city," Hawks President of Basketball Operations/General Manager Travis Schlenk said in a team release. "We have high expectations for our team on the court and we believe by making this change now that we can have a strong second half of the season."