A month ago, the NFL was preparing for hundreds of thousands of fans, team personnel and staff, draft prospects and others in Las Vegas.

The NFL is trying to ensure the show runs smoothly through more than 200 feeds and layers of redundancy: connecting teams, the league and prospects via phone connections, an email system, and Microsoft Teams video and chat platforms.

To make sure they get it right, O'Reilly said the entire league is in "mock draft mode" until Thursday, with a full practice remote draft on Monday to work out any kinks.

He said it should be a pretty similar fundamental setup to every other draft day, but the biggest challenge will obviously be not having everyone physically next to each other, fully interacting.

"It's completely different but at the end of the day, the reason we can move forward with the draft is because at the end of the day, it’s one big conference call with a lot of stakes behind it," he said. "But it’s one big conference call, so being able to find a way to do it safely with today’s technology and with competitive equity and hopefully provide some positive escape to people in this time."

Along with providing that escape for sports fans, the NFL hopes the 2020 draft's lasting impact will be raising money through its three-day "Draft-A-Thon," which will benefit six charities battling the coronavirus pandemic on the front lines and delivering relief to millions in need. Read more on the virtual fundraiser here.

"A little optimism and a little hope and a little look ahead, and a look back at these incredible college players who are now entering the league," O'Reilly said. "So I can't wait for it, just a week away." 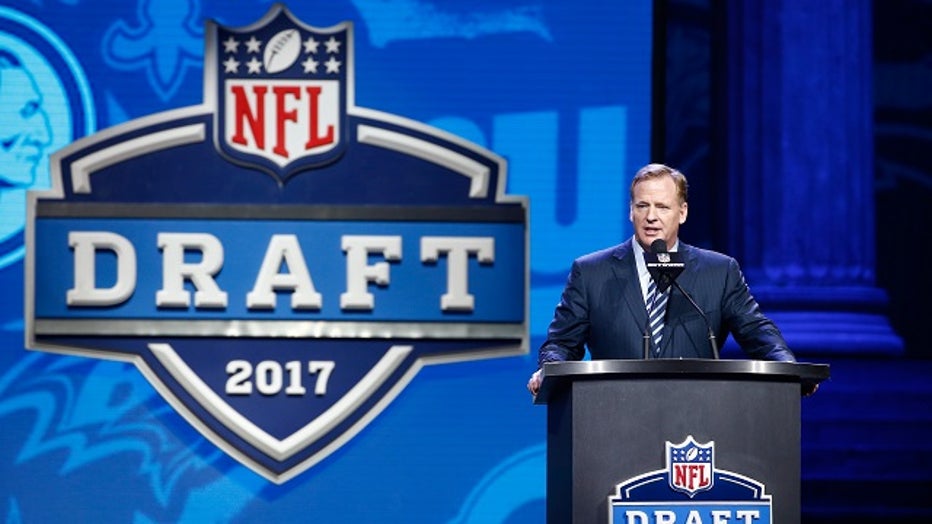 Instead of hosting a typical 20 to 25 prospects at the draft's physical green room, the NFL has invited 58 prospects to its virtual draft. They received a draft kit from the NFL, which contained two phones with headphones to stay connected, and a mini tripod and light kit for the video to be broadcast to millions as they await a draft day call. The other big change is these draft parties will be limited to just the prospect's immediate family in accordance with CDC social distancing and group gathering guidelines.

"They’ve all understood that and really appreciated that. It’s really about just the nuclear family being together, those who have been together in this environment," O'Reilly said. "I think they’ll probably find creative ways as we’ve all been doing to have any additional people on a Zoom or be able to celebrate via those type interactions."

As for the draft picks themselves, O'Reilly said the NFL's competition committee discussed changing amount of time teams are "on the clock," but ultimately kept the same format: 10 minutes to make their choice in the first round, 7 minutes in the second round, 5 minutes in the third through sixth rounds, and 4 minutes in the seventh round. He also said the league would be "flexible and reasonable" in a worst-case scenario wherein a team's connection might go out before it can get its pick in.