Former Atlanta Braves owner Bill Bartholomay passed away at the age of 91. He was responsible for bringing the team to Atlanta. FOX 5 Braves insider Kevin McAlpin talks about Mr. B's legacy.

ATLANTA - Adding to the melancholy over the postponement of Opening Day, is news of the passing of Bill Bartholomay at the age of 91.

We often toss around the word, legend like sunflower seeds on a dugout floor, but William C. Bartholomay really is a true Atlanta icon.

His place in the city’s history was cemented long ago when he moved the Braves from Milwaukee to Atlanta and began playing in 1966 in Atlanta Fulton County Stadium.

Bartholomay’s delivery of the Braves instantly made Atlanta, only one hundred years removed from the Civil War, a big league town. 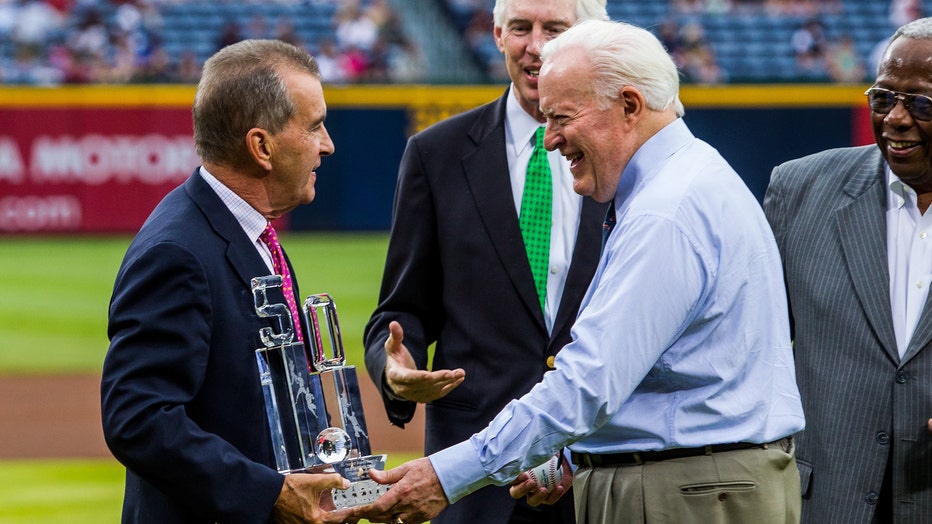 ATLANTA, GA - AUGUST 18: John Scheurholz gives an award to Bill Bartholomay before the game against the Los Angeles Dodgers at Turner Field on August 18, 2012. The Dodgers won 6-2. (Photo by Daniel Shirey for Pouya Dianat Photography/Atlanta Braves/G

A gentleman’s gentleman, I never saw him without a smile, tie and blue sport coat - no matter how hot or how high the Atlanta humidity was on the field during pregame warmups.

Mister B, as he was affectionately known, made a name for himself in the Chicago insurance industry at the age of 34.  He then led group that bought the Milwaukee Braves in 1962 and later, in 1966, despite the success of the franchise in that city, moved them to Atlanta where he believed the region, The New South, was about to become a booming economic regional center.

The gamble paid off for him and the city of Atlanta, which had built a new stadium in hopes of attracting a franchise before the Braves move was even approved.

The rest is, as they say, history. 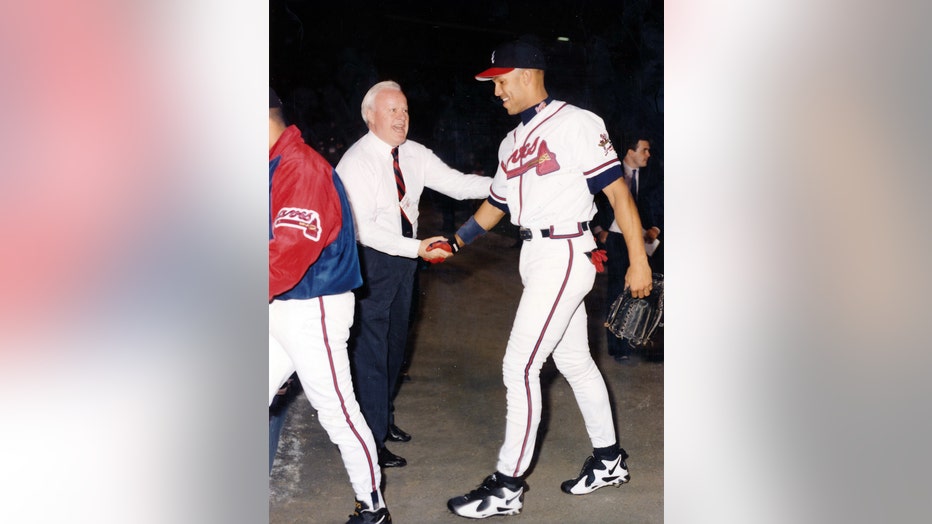 After selling to friend, Ted Turner in 1976, Bartholomay remained connected as chairman of the team.

He would remain closely associated with the Atlanta Braves for decades —until his passing on Wednesday night. 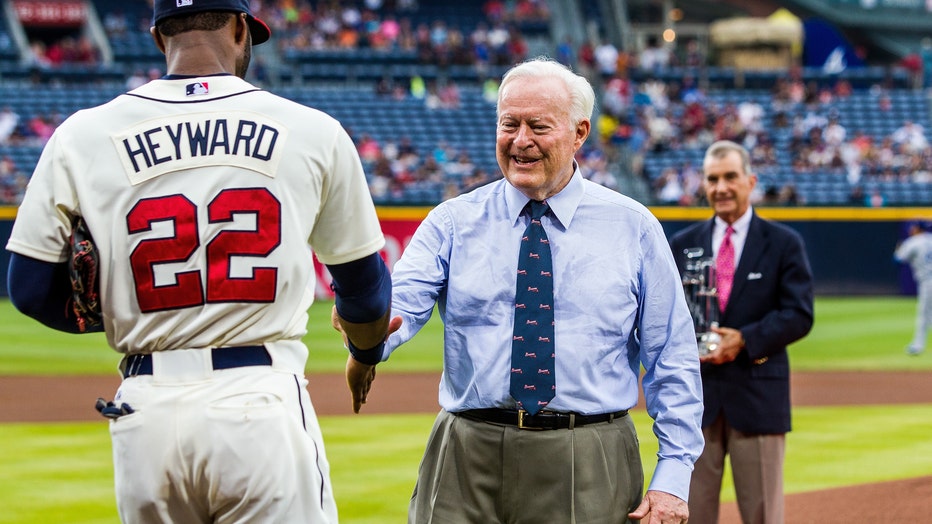 ATLANTA, GA - AUGUST 18: Bill Bartholomay meets Jason Heyward #22 of the Atlanta Braves after throwing out the ceremonial first pitch before the game against the Los Angeles Dodgers at Turner Field on August 18, 2012. The Dodgers won 6-2. (Photo by D