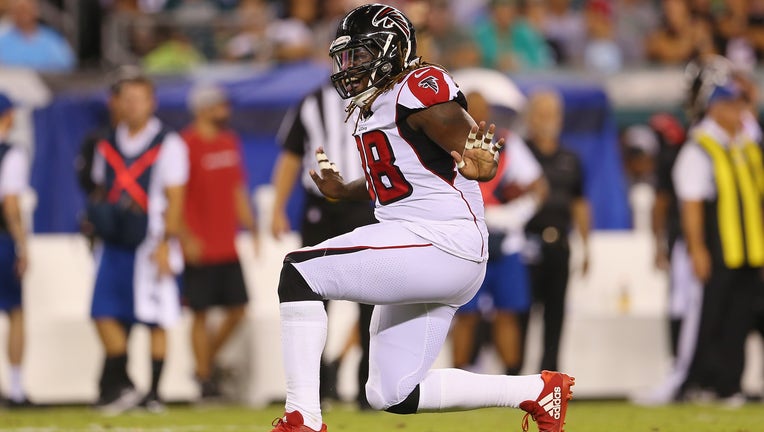 PHILADELPHIA, PA - SEPTEMBER 06: Takkarist McKinley #98 of the Atlanta Falcons reacts after Nick Foles #9 of the Philadelphia Eagles (not pictured) was sacked during the first half at Lincoln Financial Field on September 6, 2018 in Philadelphia, Penn

FLOWERY BRANCH - The Falcons are moving on from defensive lineman Takk McKinley. The former first round pick expressed frustration last week with not being traded in either of the last two seasons.

"The wrong way to go about it is definitely the way Takk has handled it, and to pout," said Morris last week.

In four seasons with the Falcons, McKinley had 17.5 sacks, 23 tackles for loss, 2 forced fumbles and 1 fumble recovery. McKinley has played in just 4 games this season as he dealt with several injuries.

The Falcons are currently on their bye week. They return to action on Sunday, November 22nd at New Orleans.