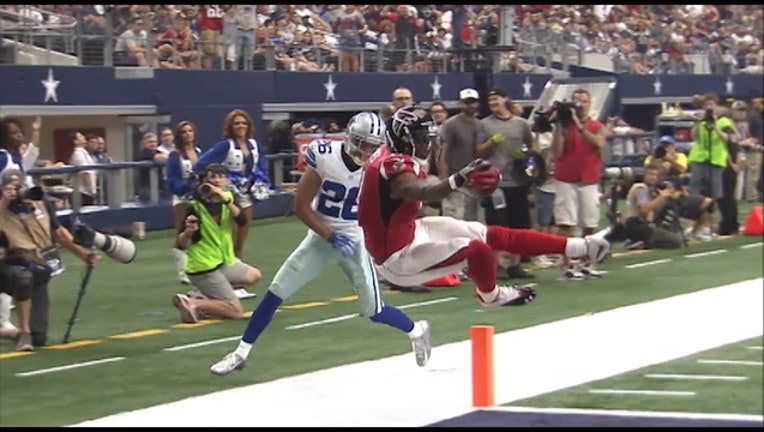 Falcons Beat the Cowboys in Dallas to Improve to 3-0

Jones has missed two straight games with a sprained toe. He still leads the NFL in yards receiving — a fact he insisted he did not know until he was told before Wednesday's practice.

The Falcons are hoping to have Jones play in their final two regular-season games as they try to clinch the NFC South division. Atlanta plays at Carolina on Saturday.

Jones set a franchise record with 300 yards receiving on 12 catches in Atlanta's 48-33 win over Carolina on Oct. 2.