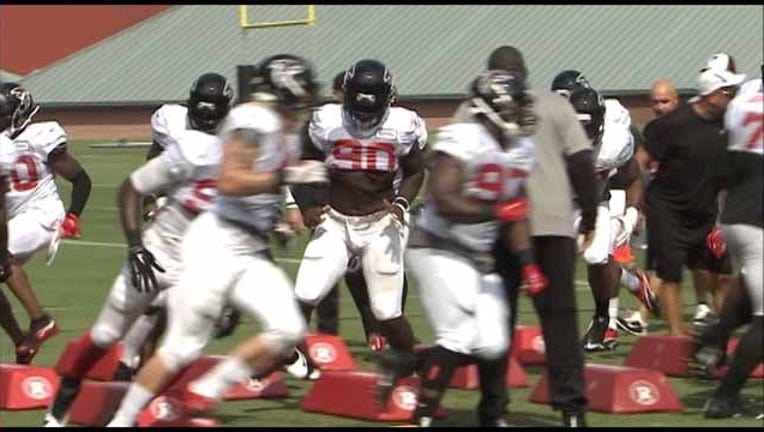 FLOWERY BRANCH, Ga. (AP) - Devonta Freeman was more than willing to take up the slack when Atlanta Falcons rookie running back Tevin Coleman missed practice with a strained hamstring.

Freeman says he never wants to leave the field, so he was happy to take as many snaps as possible Wednesday.

Coleman has received some looks with the first-team offense in training camp, but Freeman seems to be the clear leader for the starting job. It's also no secret the Falcons plan to use Freeman as a runner and receiver.

Freeman had 30 catches last season as a rookie despite playing behind Steven Jackson and Jacquizz Rodgers, who did not return. Fantasy alert: Freeman could have many more receptions in new offensive coordinator Kyle Shanahan's scheme.