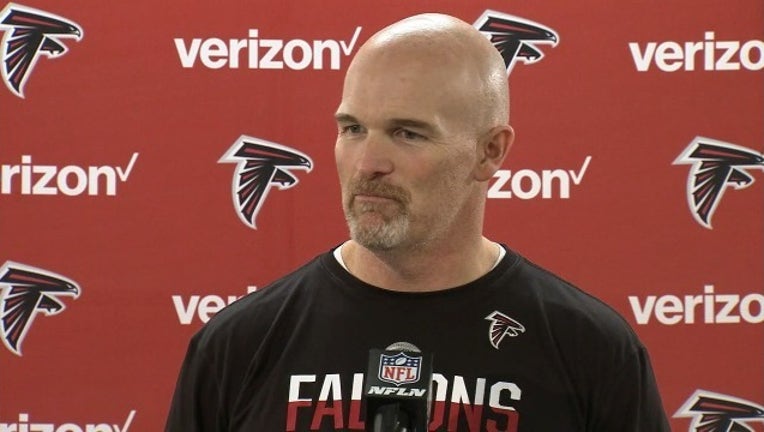 HOUSTON (AP) - Falcons coach Dan Quinn already is a winner this week, two days before the Super Bowl in Houston.

The second-year head coach in Atlanta has been chosen the Salute to Service Award recipient by the NFL and USAA.

Quinn won for his commitment to supporting the military and their families and will be recognized at the "NFL Honors" TV program Saturday night during which The Associated Press will announce its NFL individual award winners.

Last spring, Quinn hosted a "Rookie Club Olympics" for which he invited 100 military members from Fort Benning, Georgia, to the Falcons' training facility to participate.

Quinn also stages a military day at training camp and hosts 20 military members at each Falcons home game throughout the season.