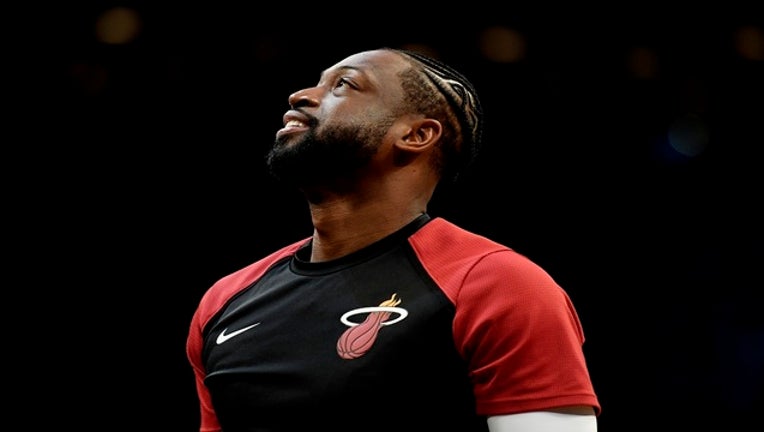 NEW YORK, NEW YORK - APRIL 10: Dwyane Wade #3 of the Miami Heat looks on prior to the game against the Brooklyn Nets at Barclays Center on April 10, 2019 in the Brooklyn borough of New York City. (Photo by Sarah Stier/Getty Images)

Wade called himself "part of this MSD family" and told graduates that it was understandable if they felt unsure about their futures. He said that in some ways, after 16 years in the NBA, he also was unsure exactly what his future entails.

Wade's appearance was not publicly disclosed before it happened. Such was the case when he visited the school the day it reopened following the shootings on Feb. 14, 2018.

Wade closed his remarks by asking those in attendance to join him in a cheer that he used to spur on the Miami Heat in the 2013 NBA Finals.