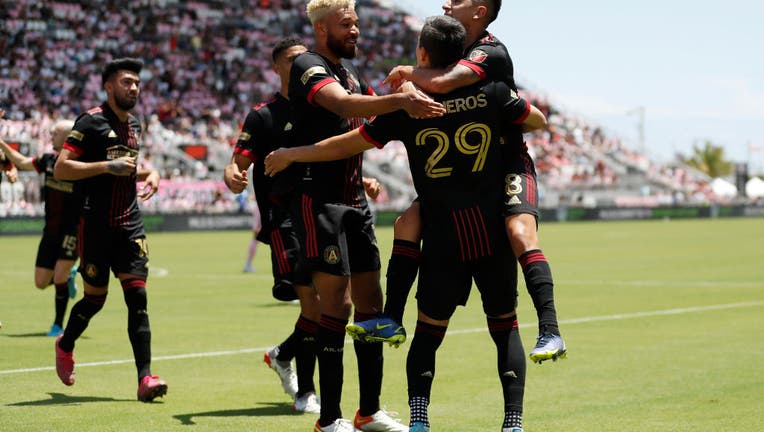 FORT LAUDERDALE, FLORIDA - APRIL 24: Ronaldo Cisneros #29 of the Atlanta United celebrates teammates after scoring a goal against Inter Miami CF during the first half at DRV PNK Stadium on April 24, 2022 in Fort Lauderdale, Florida. (Photo by Michael

Duke scored the game-winner in the 64th minute, assisted by Leonardo Campana, putting Miami (3-4-1) on top 2-1.

Miami also got one goal from Campana.

United outshot Miami 20-7, with seven shots on goal to two for Miami.