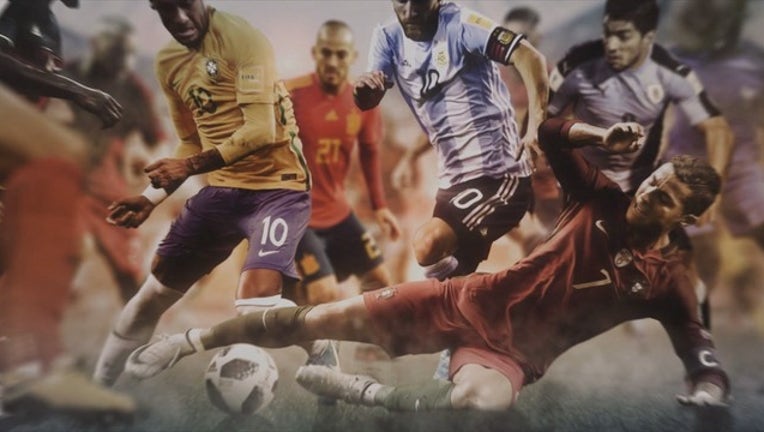 PARIS (AP) - In many ways, Saint-Etienne's good run of form is down to the resurgence of Mathieu Debuchy.

With less than four months before the World Cup in Russia, the former Arsenal player has a decent chance of earning a France recall.

Lacking playing time with the Gunners, the 32-year-old right back joined Saint-Etienne during the transfer window, alongside fellow recruits Paul-Georges Ntep, Yann M'Vila and Neven Subotic.

The most decorated French club with 10 league titles, Saint-Etienne brought in Debuchy hoping his experience would help settle the team's shaky defense. Not only did he achieve that in his first four matches with his new side, he also scored two goals, including a last-minute equalizer last weekend against bitter rival Lyon.

With Debuchy marshalling its defense - he secured three points against Angers with a clearing off the line late in that game - Saint-Etienne has won two of its past four matches and drawn the two others.

Before Debuchy's arrival, "Les Verts" had conceded 38 goals in 23 league games and sat only two points above the relegation zone.

Four games later, Saint-Etienne has moved to 12th place in the standings, and opened a six-point lead on the first team in danger of demotion to the second-division ahead of Saturday's game against Dijon.

Debuchy, who joined Arsenal in 2014, made only 30 appearances with the north London team mainly because of injuries and the emergence of Hector Bellerin. But he never lost his fighting spirit and hard-work ethic.

"Because he's mentally strong," former coach Arsene Wenger said. "I've said many times in this job you can never give up, no matter what happens for you, and always be ready in case you're needed. Not many can do that, but Mathieu can do that."

More than two years after his final match with France, Debuchy could capitalize on his excellent form, as well as the lack of a clear hierarchy at right back within the France squad, to earn a recall and travel to Russia for the World Cup.

"I'm not going to lie, of course I have the France team in the back of my head," Debuchy said. "There is still a glimmer of hope and I will try to seize my chance. My priority is Saint-Etienne. If I'm performing well and if the club achieves good results, things could turn out well."

Debuchy, who has made 27 appearances and scored two goals for France, has not played with Didier Deschamps' team since a friendly game against Serbia in September 2015. But behind Djibril Sidibe, who seems guaranteed to be included in the World Cup squad, competition remains wide open, with Debuchy in contention with Bouna Sarr and Benjamin Pavard.

"Mathieu is a great professional, you can tell it by the way he works and recovers," club teammate M'Vila told But! magazine. "He did not come to Saint-Etienne for nothing. In the light of his current performances, and the current situation at right back, I would not be surprised if he makes it to the World Cup."