ATLANTA - Kaleb Edwards is taking his talents from the suburbs to Midtown.

The three-star rising Dacula senior announced he is committing to Georgia Tech Wednesday.

"I picked Georgia Tech at the end of the day because of the relationships," Edwards said. "No. 2, playing at home has always been a dream of mine, and I'm going to get a great education down there and it's just a loving environment. I never got to be in Atlanta growing up like that. Always in the suburbs, I never really got to see Atlanta like that, so it's going to be cool being in the city." 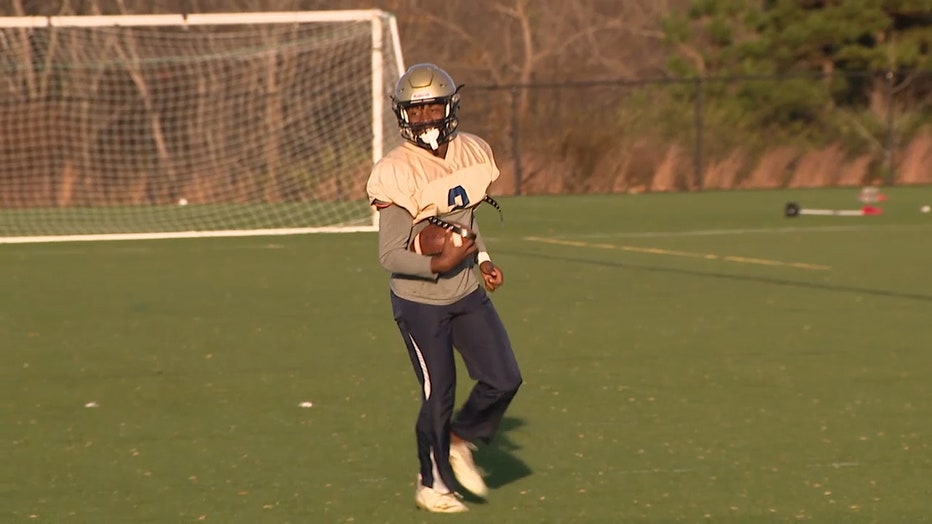 Prior to the coronavirus pandemic, he said he was leaning more towards Duke, but through Zoom calls and virtual recruitment, "I found my home at Tech."

Edwards said he'd participate in around 10 video calls every day with prospective schools.

"The Zoom calls were stressful. There were so many," Edwards said. "And by the end of them, you'd just want to sit down and you don't want to pick up the phone."

The 6-foot, 195-pound three-star athlete said the Yellow Jackets are recruiting him as a safety, "but I also play a little bit of offense and they talked to me about maybe doubling as a receiver or running back or something like that, getting my hands on the ball in the special teams game."

Last season as a junior, Edwards helped Dacula to a 13-1 record and a Class AAAAAA state semifinal appearance. He said it was important for him to get his commitment finalized before the start of his senior year so he could "focus on the important things in front of me," like helping his Falcons in 2020.

"I'm not nervous at all. I know there's going to be a football season," he said. "It's America. America needs its football. They're not going to get rid of football like that. So there ain't no nerves about that, no concerns. We're going to play this season and we're going to have fun."