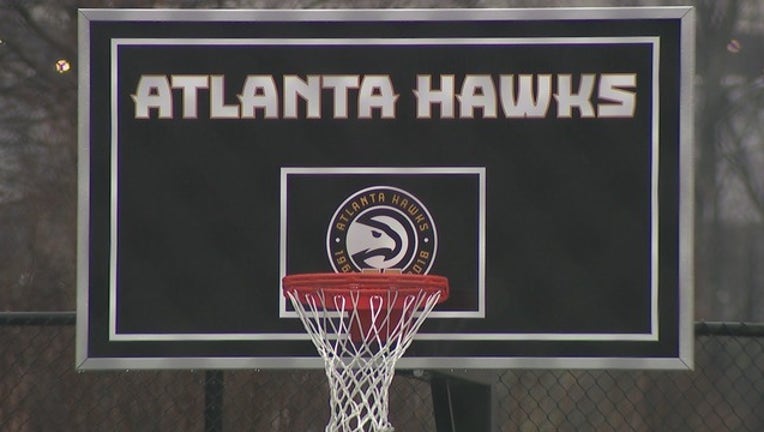 Markkanen finished with 31 points with 17 rebounds. He snapped a 159-all tie by making the three free throws after he was fouled by Alex Len.

Young, the rookie who played almost 56 minutes, had his third straight game of setting or matching his career scoring high after back-to-back games with 36 points. He had 16 assists, eight rebounds and nine turnovers.

Young and DeAndre Bembry had turnovers in the final 30 seconds of the third overtime, preventing the Hawks from an opportunity to snap a 155-all tie.

The Bulls have won five of six.

Bradley Beal had 29 points and 11 rebounds for the Wizards, and Tomas Satoransky and Jeff Green each had 15 points.

LOS ANGELES (AP) - Eric Bledsoe scored 31 points, Malcolm Brogdon added 21 points, and Milwaukee held off Los Angeles for its eighth consecutive victory and 10th in a row on the road.

Bledsoe's basket tied it for the last time at 118-all. That launched a game-ending 15-2 run with all but four of the points scored by Bledsoe and Brogdon.

Rajon Rondo and LeBron James had turnovers during the Bucks' spurt.

Giannis Antetokounmpo was held to 16 points - below his 27-point average - and 15 rebounds for Milwaukee.

Leonard scored 38 points and Kyle Lowry had 19 points and 10 assists to help the Raptors win for the ninth time in 10 games.

The Hornets inched back ahead of Orlando for eighth place in the Eastern Conference and evened the season series with the sixth-place Nets to avoid giving Brooklyn the head-to-head tiebreaker if the teams finish with the same record.

D'Angelo Russell scored 22 points for the Nets. They have lost four of five.

PHOENIX (AP) - Julius Randle scored 16 of his 22 points in the third quarter in New Orleans' victory over Phoenix.

Jrue Holiday added 21 points, E'Twaun Moore had 20, and Anthony Davis - on a team-imposed playing-time restriction - had 17 points and eight rebounds in 21 minutes.

Danilo Gallinari had 19 points and nine rebounds, Shai Gilgeous-Alexander scored 15 and Ivica Zubac added 10 points and 10 rebounds to help the Clippers complete a season sweep of the Kings in a game that was critical for both teams' postseason hopes.

Buddy Hield had 23 points for Sacramento. De'Aaron Fox added 12 points and 12 assists, and Willie Cauley-Stein had 16 points and 12 rebounds.

Los Angeles moved a half-game ahead of San Antonio for seventh place in the West. Sacramento remains two games behind the Spurs for the final playoff spot in the conference.