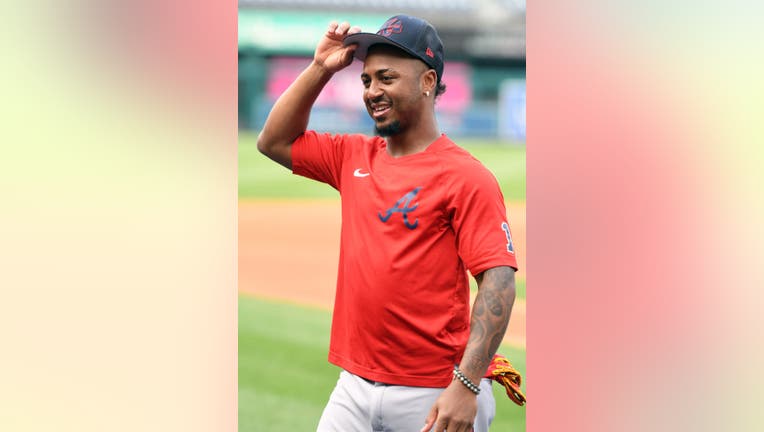 WASHINGTON, DC - JUNE 13: Ozzie Albies #1 of the Atlanta Braves looks on during batting practice before a game against the Washington Nationals at Nationals Park on June 13, 2022 in Washington, DC. (Photo by Mitchell Layton/Getty Images)

Batting in the top of the fifth, Albies grounded to short and fell as he was leaving the batters box. Albies appeared to be trying to keep weight off his left leg as he left the field.

Orlando Arcia replaced Albies at second base to start the bottom of the fifth inning.