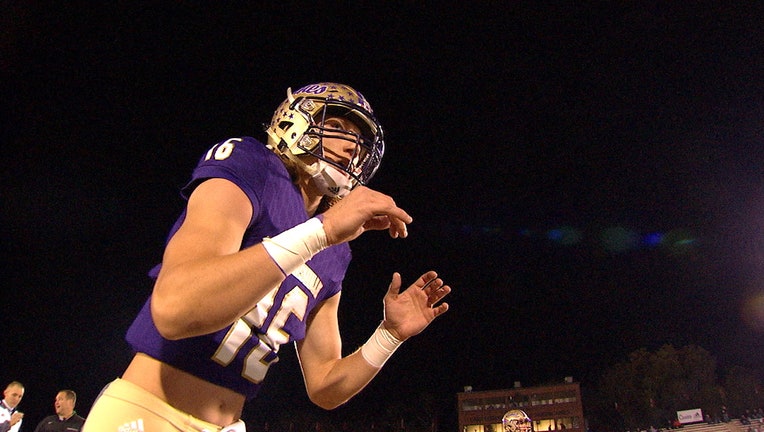 It's been a while since Clemson quarterback Trevor Lawrence lost a game.

After leading the Tigers to an undefeated season and national championship last year, the Cartersville product has done it again this season.

Blessed Trinity head coach Tim McFarlin said he'll never forget that game because it was a launchpad for his program, which has gone on to three straight Class AAAA state championships.

He's also pretty proud that he led the last team to beat Lawrence.

"It's a good feeling. We catch ourselves hoping he wins all of his games the rest of his career because we like being the only ones (to have beaten him)," McFarlin said, smiling. "But it's all good. We have such great respect for Cartersville and Trevor and the program and town.

"We're just glad he's from Georgia. We're so proud to say he's one of us."

After Blessed Trinity beat Cartersville 21-17 in the second round of the GHSA playoffs on Nov. 17, 2017, then-Cartersville QB Trevor Lawrence went on to Clemson, where he hasn't lost a game since. Tim McFarlin, the last head coach to successfully game plan against Lawrence, breaks down his game and how the Titans gave him his last loss ahead of the Tigers' appearance in Monday's national championship game against LSU.

McFarlin said he knows he's one of many in the High 5 Sports area who will be cheering for Lawrence in the national championship game against LSU.

There is one thing about the other Tigers team on Monday night that McFarlin thinks could give Lawrence trouble, though.

"I think their speed is going to cause him problems," he said. "Unlike a lot of teams, I think LSU can man up the receivers and bring everybody else (to pressure Lawrence). So I think the challenge for Clemson is whether or not they're going to be able to run the ball. And I think they're going to need to do that a little bit to win."

McFarlin said to beat Lawrence, the Titans dialed up lots of pressure and sent coverage deep to prevent explosive plays. And even then, they had to be ready for his mobility and athleticism.

"The problem with Trevor is when you force him out of the pocket, he still picks up positive yards," he said. "So he's not just a tall pocket passer. This guy is a good athlete, and he does some remarkable things once he gets the ball in his hands."

Even then, McFarlin said he recognized how special the quarterback was on the other team. "We did not want that matchup," he recalled, laughing.

"The physical attributes: his height, and he was big and fast and elusive. When we got on the field, he was even faster than we thought," McFarlin said. "He was so good about throwing on the run. But (I also saw) the intangibles: He was such a committed player, a gracious young man. After the game, and I know this was heart-breaking, but I was impressed with how he dealt with it. He congratualted us. Just a great leader."